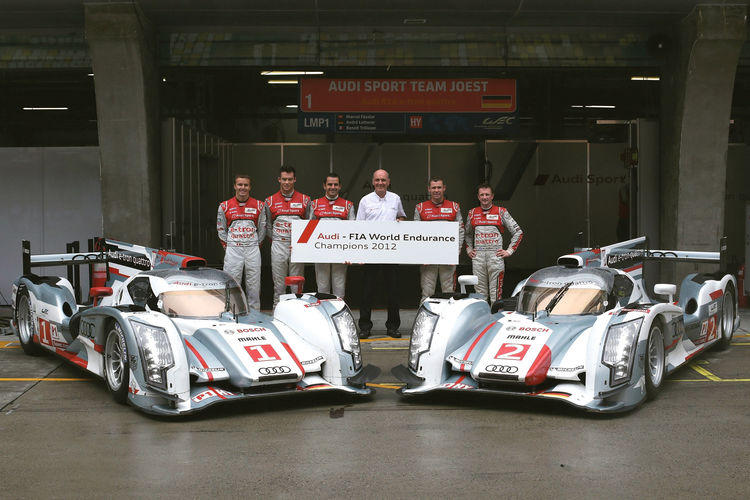 Did you know that...

... Benoît Tréluyer was contesting races in Japan for twelve years, that André Lotterer has been regularly competing there since 2003 but that their team-mate Marcel Fässler visited the Asian country for the first time on running at the WEC round at Fuji? After the race weekend he was treated to a guided tour of Tokyo by his team-mates who know their way around the city.

... Fässler has spent part of his career in France? In 1993, he completed a course at the race driver school in Le Castellet and drove races in France until 1998, including runs for the renowned La Filière team.

... Tréluyer and his wife and son are living in a house in the southern French town of Gordes that was once owned by the family, then sold and afterwards and bought back by him?

... André Lotterer owns a house in this picturesque Provence community as well? The German, however, who was born in Duisburg and grew up in Nivelles, Belgium, has been permanently residing in Tokyo since 2006.

... Marcel Fässler today is still living in the same town in Switzerland that he grew up in? With his wife, Isabel, and their four daughters, the Audi factory driver calls the community of Gross home, which is part of Einsiedeln.

... several dozen olive trees grow on Tréluyer’s property? When the yield is good the passionate hobby gardener is having his own oil pressed.

... he has a liking for a typically French hobby? This year, he has had a boules court built in his garden.

... André Lotterer grew up with racing? His father, Henry, was associated with the Audi brand via the former tuner Nothelle and subsequently worked for the RAS team. Even today, André Lotterer drives a 1981 Audi Coupé from time to time at historic touring car races.

... this year’s world champion trio has always finished on the podium at the Le Mans 24 Hours ever since being signed by Audi in 2010? In the first year, the drivers took second place, followed by overall victory in 2011 and 2012.

... Benoît Tréluyer avoids gymnasiums and fitness studios, preferring to recharge his batteries with outdoor activities like cycling or motocross?

... Fässler is totally enamored with this year’s Le Mans gift from Audi’s partner Michelin? Since this summer he has been exploring the Swiss mountains by riding his Scott carbon race bike.

... André Lotterer, in addition to classic training methods, has discovered “soccer tennis” as a sport to engage in? In soccer tennis, the players kick a small ball over a tennis net into the opposite playing field. The sport is particularly beneficial for the body’s right-left coordination.

... Lake Saiko at the foot of Mount Fuji is a popular place for Lotterer to train on his bicycle and for wakeboarding or just relaxing?

... Marcel Fässler achieved overall victory at the 2004 Inferno ski race in Mürren, which is an extremely popular event in Switzerland?