Hungarian home round for Audi in the DTM 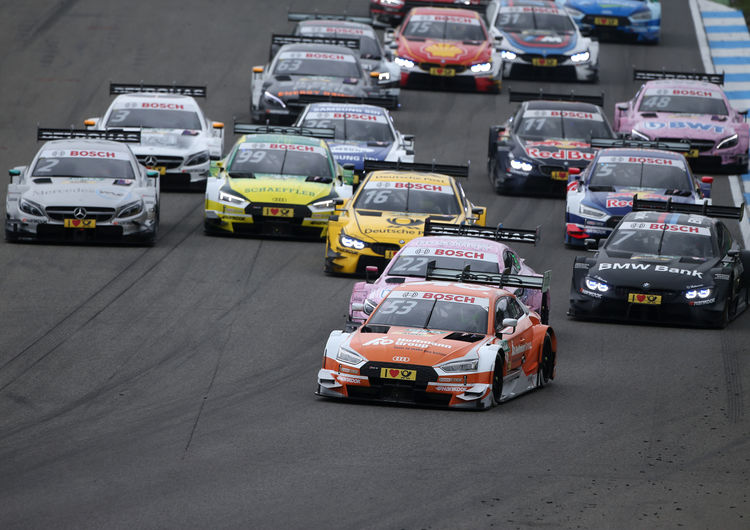 Following two strong performances in Germany, the Audi team is going to present itself on international tarmac with the new RS 5 DTM for the first time. This weekend (June 16 to 18) the DTM will be racing at the Hungaroring near Budapest.

For the squad around Head of Audi Motorsport Dieter Gass, the visit to Hungary is almost like a home round because Audi’s plant in Győr is located just an hour and a half’s drive from the race track. That is why many of the roughly 11,000 employees are going to travel to the Hungaroring again this time and keep their fingers crossed for the Audi campaigners.

Last year, the fans at the Hungaroring witnessed a historic day for Audi. For the first time, a manufacturer managed to claim the first four rows of the grid in a DTM race, followed by a one-two-three-four-five-six result for Audi on the first and a one-two win on the second day of the event. “We’re hoping for a similarly strong showing of our new Audi RS 5 DTM,” says Gass. “At Hockenheim and at the Lausitzring, we were strong. However, because there are only few overtaking opportunities at the Hungaroring, good grid positions will be particularly crucial. At the first races this season, we still had some potential in this respect.”

As the runner-up in the standings and Audi driver with the best points score, Jamie Green will be entering the third DTM race weekend of the year. The Briton will celebrate his 35th birthday before heading for Hungary and is a great fan of the Hungaroring: “For me, the track numbers among the greatest challenges on the race calendar. Due to its many turns and short straights, you have to constantly brake and accelerate again. There’s no section in which you can loosen your grip on the wheel and there’s no time to think. In 2014, I was struggling quite a bit there. Last year, with second place on Saturday, things went clearly better – that’s where I’d like to pick up now. Mike Rockenfeller expects “the tires to degrade more heavily at the Hungaroring than at the first two events.” Mattias Ekström, the dominant winner of Sunday’s race in Hungary in 2016, is dreaming of “making it into the top five in qualifying – in that case, anything will be possible.” René Rast and Nico Müller have fond memories from other racing series of the track which, by contrast, is new to DTM rookie Loïc Duval. “Still, my aim is to finish both races in the points,” says the Frenchman.

In addition to the new Audi RS 5 DTM, fans in Hungary will be able to see the Audi RS 3 LMS because the TCR International Series will be holding an event with its production-based touring cars as part of the DTM’s supporting program for the first time. The two DTM races will be broadcast live on ARD: on Saturday starting at 14:10 and on Sunday starting at 15:00 (CEST). Tickets and Audi fan packages for the DTM are available online at www.audi.com/dtm.

#DTMBudapest: Did you know that …

… Budapest is located on the Danube, just like the Audi locations at Ingolstadt and the Competence Center Motorsport in Neuburg?

… Loïc Duval just like Jamie Green is celebrating his 35th birthday this week?

… that flattening of the rear wing angle by DRS at the end of the start-finish straight yields an advantage of about 10 km/h and that, as a result, the Audi RS 5 DTM achieves a top speed of about 260 km/h at the Hungaroring?

... the fastest race lap in each of the first four DTM races of the 2017 season went to an Audi driver, two of them having been set by DTM rookie René Rast?

… René Rast, in 2012, commuted by air between the 24-hour race at Spa and the Porsche Supercup at the Hungaroring?