​Home round for Audi Sport in the DTM 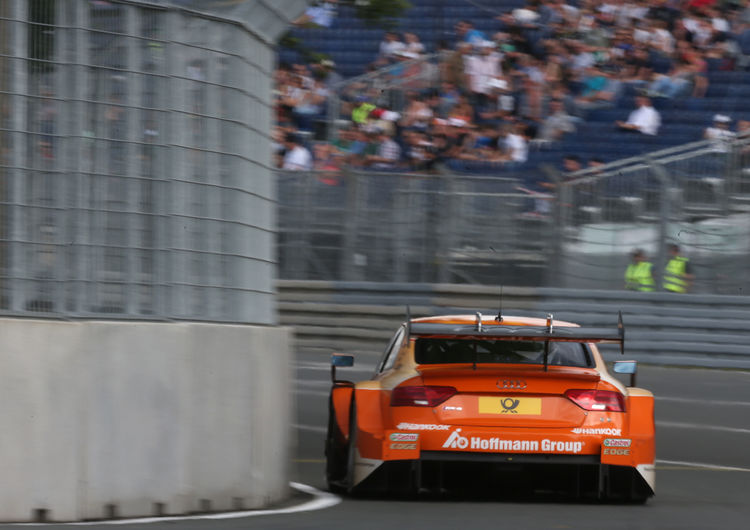 Following the Le Mans 24 Hours, next weekend (June 25/26) will be fully focused on the DTM again at Audi Sport. On the agenda: the season’s pinnacle event at the Norisring in Nuremberg.

It is the only city street race of the year and Audi Sport’s home round. “That’s why we always enjoy returning there – not least due to the special atmosphere,” says Dieter Gass, Head of DTM at Audi Sport. “Consequently, not having won in such a long time at the Norisring is all the more painful. The many ‘Audians’ traveling to Nuremberg every year deserve finally seeing an Audi victory again – even though, as always, it’s going to be extremely difficult again.”

The most recent triumph of an Audi driver on the 2.3-kilometer city street circuit between the Dutzendteich lake and the soccer stadium dates back 14 years. In 2002, the Frenchman Laurent Aiello in the compact Audi TT managed to intercept Mercedes-Benz driver Bernd Schneider in the home bend and to win the race.

“It continues to be the race I’d tremendously love to win,” says Mattias Ekström. “I even saw the checkered flag in first place once, but wasn’t allowed to keep the trophy. This year, I’ll try to take the big trophy home once more. However, it’s going to be a close race again.”

Ekström has driven many strong races before at Nuremberg but another Audi driver is “King of the Norisring:” Jamie Green has celebrated four victories in Nuremberg to date and has mounted the podium there as well following his switch to Audi. That is not the only reason why Green loves the city street circuit: “When it comes to riveting racing and gripping overtaking maneuvers the Norisring is the best race track of all,” says the Briton. “That was even the case in the days before DRS wing flaps and now it’s even more so. Racing on this circuit is primarily about braking, slow turns and driving with low downforce in ways we don’t normally see in the DTM. Because there are only straights and extremely slow corners you can get closer to the car in front of you at the Norisring. As a result, the duels are closer and more thrilling than they are on any other DTM race track. The atmosphere with the many fans makes for goose bumps – particularly of course for us Audi drivers.”

Nobody ventures any predictions in the DTM anymore this year. The first six races saw six different winners. The top spot on the grid went to six different drivers as well. The top six in the drivers’ standings are within 15 points of each other. Three of them are Audi drivers: Mattias Ekström (46 points), Jamie Green (45 points) and Edoardo Mortara (44 points).

In 2015, the entire field at the Norisring was within 0.625 seconds in Sunday’s qualifying. “This year, the DTM field is even closer together and the results are unpredictable,” says Dieter Gass. “I wouldn’t be surprised to see the whole field within half a second this time. Obviously, at the Norisring the brakes and brake cooling have to be right on the mark – plus, top speed.”

Tickets for the only city street race in the DTM are available online at www.audi-motorsport.com. ARD will be airing live coverage on “Das Erste” (Saturday starting at 13:00 CEST, Sunday starting at 12:45). The Audi Sport TT Cup will be holding two races at the Norisring as well, with live coverage provided on SPORT1+ and www.audimedia.tv.