Green light for evolution version of the Audi R8 LMS 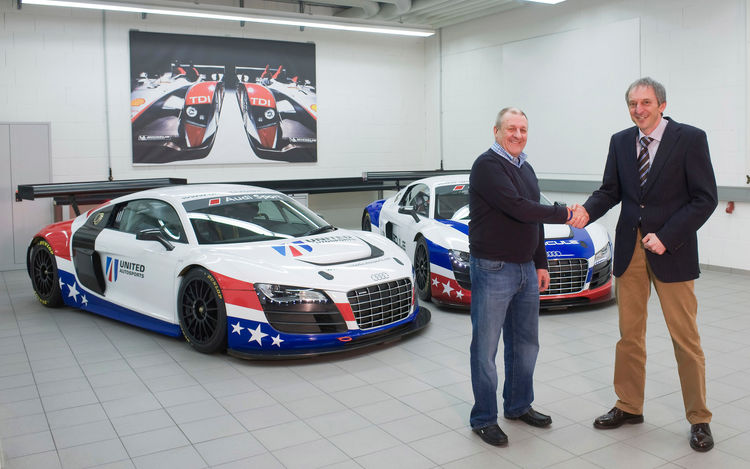 With the delivery of the first customer cars, Audi AG’S GT3 customer sport program has reached the next phase. By mid-April, 20 Audi R8 LMS vehicles will have been handed over to the teams that are planning to run the GT3 race sports car in various national and international racing series and in the two 24-hour races at the Nürburging and at Spa-Francorchamps in the 2010 season.

After its successful 2009 debut year in which Audi Sport partners clinched three champions titles and 23 victories in 76 racing commitments the Audi R8 LMS will now be handed over to customers for its second season, as planned. Last week United Autosport from Great Britain was the first team to receive its two R8 LMS cars.

To offer customer teams a perfect a race car as possible, Audi Sport is making use of the opportunity offered by the GT3 regulations and will obtain FIA homologation of an evolution-version of the R8 LMS which features numerous technical improvements compared with last year’s model. The previous vehicles will be brought up to the current level by an update kit and teams can thus continue to run them.

“During our evolution project we primarily focused on service life and maintenance-friendliness,” explains Head of Audi Motorsport Dr. Wolfgang Ullrich. “All the experience we gathered last season with the help of our partners has been fed into the evolution-version. We’re convinced that we’re handing over a reliable and easy to handle vehicle to our customers that embodies the high quality standards of the Audi brand.”

Certain details of the chassis and suspension have been revised. The capacity of the engine’s cooling system has been improved even further so that the R8 LMS can also be used in extreme ambient temperatures without any problems. The complex electronics as well as the exhaust system have been optimized for use in racing. The newly developed six-speed racing transmission is particularly maintenance-friendly. It allows wearing parts to be inspected through an opening in the housing. The transmission does not have to be dismantled for this purpose.

Over the past few months the evolution-version of the Audi R8 LMS was extensively tested on various race tracks and rigs and its durability proved in several endurance tests.

The final version of the Audi R8 LMS is available at a price of 298,000 euros plus VAT. The annual production for 2010 is already sold out. The delivery of vehicles for the 2011 season will start at the end of this year.