Skip to content
We are using cookies for a better user experience.
04/07/19
Marrakesh/Neuburg a. d. Donau
Sports 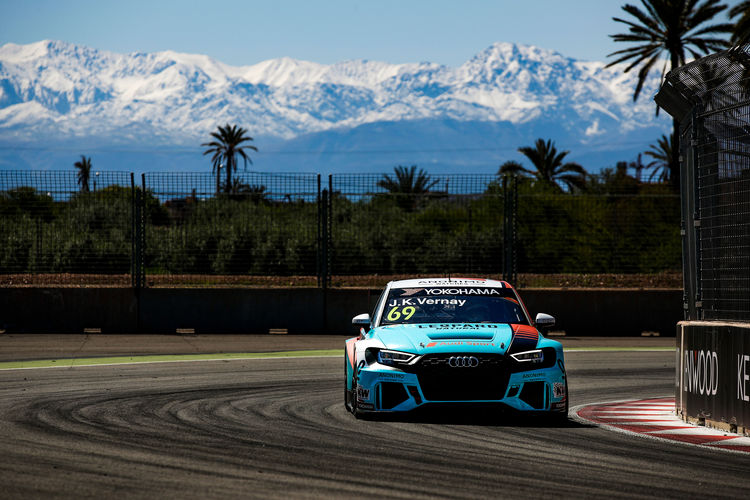 “The performance level in the field of seven manufacturers is very balanced in 2019,” says Chris Reinke, Head of Audi Sport customer racing. “That’s why the performances delivered by our drivers and teams are to be rated all the higher. Both teams have each clinched a trophy right on the first weekend. Congratulations.” Five of the seven marques in the field achieved podium finishes in the season opener. Audi Sport’s first podium went to Jean-Karl Vernay. The Frenchman had started the second race from third on the grid and made no mistakes. When the race leader had an accident the 31-year-old professional race driver was sure to finish runner-up. Last year, Vernay celebrated five podiums in the FIA WTCR. Frédéric Vervisch finished on podium in Morocco for the eighth time in his FIA WTCR career. The 32-year-old Belgian had secured his first pole position in the second qualifying session. For the Audi RS 3 LMS, this marked the fifth occasion of setting the best time in qualifying in this racing series since 2018. However, in the final race, Vervisch had dropped to third position after the start. Following the retirement of a rival, he crossed the finish line in second position just 0.68 seconds behind the winner.

On this opening weekend, Gordon Shedden posted his best result in the final race as well. The Scotsman from Leopard Racing Team Audi Sport had started the race from twelfth on the grid. During the 23-lap race he improved to seventh place. New signing Niels Langeveld, who made his WTCR debut in Comtoyou Team Audi Sport, on the circuit he was not familiar with achieved 18th place in the second and the third race after having started to both rounds from 25th.

The second of ten events on the FIA WTCR calendar is coming up at the Hungaroring in Hungary in just three weeks’ time.