Gerd Walker – Daring to advance innovation and sustainability in production

{{ activeItem() }}
Twitter
08/10/22
When fast charging on hot days, we recommend you don’t sit in the car with the air conditioner on full blast. Other… https://t.co/X4xBYoI2iI
08/10/22
Modular production makes manufacturing more flexible than a conventional assembly line. What do you think – who ben… https://t.co/Ec9dTvk72n
08/09/22
Forget outer space, we’re all about interior space. With five spacious seats, the fully electric Audi e-tron S is c… https://t.co/FNscwjEVjn
08/09/22
Like or share – What would be your dream activity for your next vacation? Like for an adventure vacation kayaking i… https://t.co/wszcFSm1t6
Audi on Twitter
YouTube
08/01/22 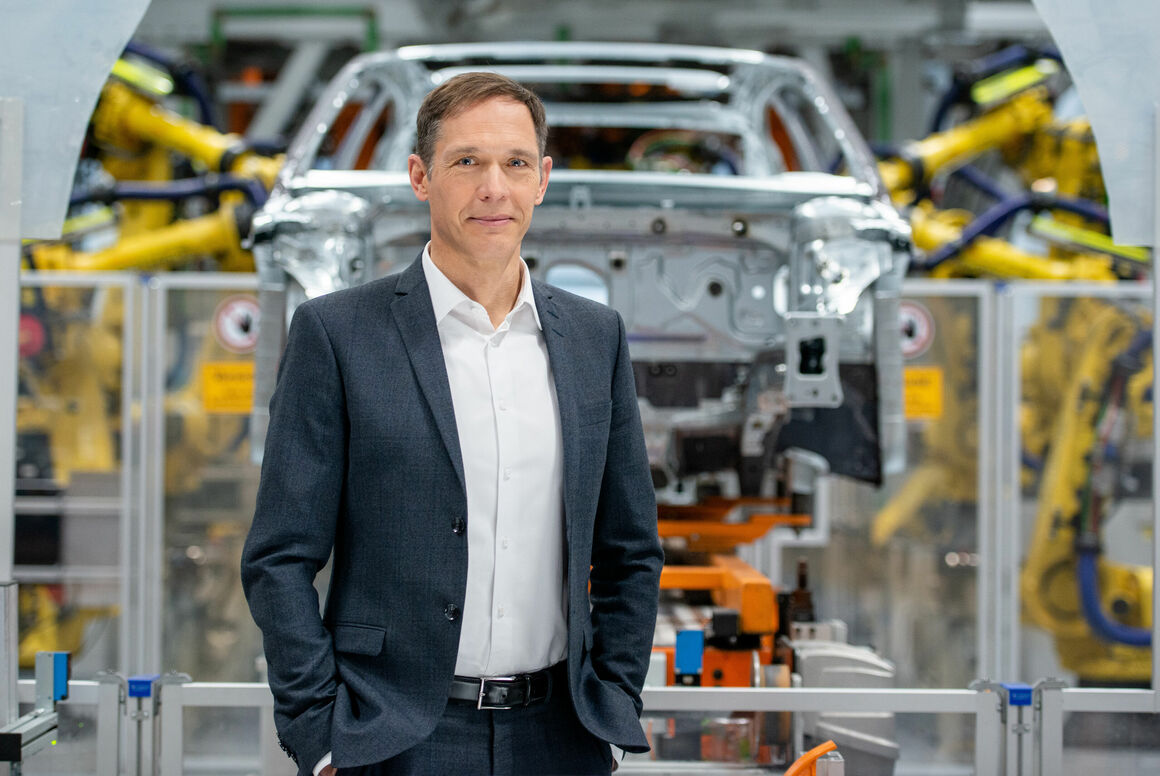 25 years ago, Gerd Walker, a native of Reutlingen, Germany, began his professional career as a working student in mechanical engineering at the company with the four rings. On February 1, 2022, the former Head of production at the Volkswagen Group assumed the role of the new Audi Board Member for Production and Logistics.

Energy, foresight, and a clear plan – Gerd Walker has started his new position with great drive: “My goal is to make production at Audi innovative, highly efficient, and smart,” says Walker. “To that end, we are digitalizing and electrifying Audi’s global production network.” Walker has worked in various positions in the Volkswagen Group since 2016, most recently as Head of Group Production in Wolfsburg. In his first months, the 52-year-old made numerous personal appointments and site visits to get a clear picture of the current issues and challenges. “It’s great to come back home to the Audi family,” Walker says.

Walker knows his way around the brand with the four rings. He first worked at AUDI AG in 1997 as a working student in mechanical engineering, writing his thesis on concept design for small-series production. “Coming back to Ingolstadt now and doing so in this position is, of course, a dream come true,” Walker says. “When I started at Audi, there were four models and just a few production sites. Today, we have 17 model lines and a global production network. We build more than three times as many cars. We’ve grown greatly, but the Audi spirit remains the same.”

The new Audi Board Member benefits from more than just his in-depth knowledge of Audi’s production and logistics processes. From July 2018 to January 2022, Walker was also responsible for managing all of the Group’s production operations. With a wealth of experience like this, few people know the world of Volkswagen manufacturing as well as he does – Walker sees this balance between Audi’s specific DNA and Group synergies as a major advantage. “The network that I was able to build up over the past 25 years, both at Audi and within the Group, has helped me settle into my new role quickly,” says Walker. The passionate sportsman was also shaped by his time in Hungary: In Győr, he played a decisive role as Managing Director in the expansion of the site from an engine plant to a full vehicle plant. “Everyone pitched in to achieve our common goal,” he recalls warmly even today.

The Audi way: the 360factory

As the new man at the helm of Audi’s global production network, Gerd Walker naturally has an eye on all Audi’s plants. But he also states: “We are aware of our responsibility to the German sites in Ingolstadt and Neckarsulm. There is an expertise there that we want to continue to leverage,” the 52-year-old emphasizes. “Our employees in Ingolstadt and Neckarsulm have made the brand great. It’s important to me, to make our production flexible, resilient and future-proof, despite the currently difficult supply conditions due to the global political situation. We are in the midst of the largest transformation in our history, and production is an important pillar of it.” Together with his leadership team, he has used his time in the position so far to revamp the strategy of Audi’s production – and to undergird them with tangible goals.

“We will already make all Audi factories fit for electric vehicles by 2029,” the new Board Member for Production describes the clear jointly developed roadmap for the global Audi production network. “We are reinventing ourselves from the inside out, are training our highly-skilled workforce further and are building on a preexisting basis in our factories.” As the main base for production of the electric successors to the Audi A3 and the Audi A4, according to Walker, Ingolstadt will become the blueprint for the transformation. The factories in Neckarsulm, San José Chiapa and Győr will systematically follow this approach – adapted to each location’s specific conditions. Walker’s ambitious goal is clear: The Audi factories worldwide will then be comparable to newly built green field facilities – when it comes to the criteria of profitability, sustainability, flexibility, and attractivity. That doesn’t just accelerate the switch to electric mobility: “For us this is lived sustainability – ecologically, economically and socially,” Walker stresses.

For Walker, the focus is always the team

For the new Board Member for Production, the focus is always the team – especially in times of increasing automation and digitalization. “We use automation in the production process to relieve the burden on our employees. But machines can never replace the performance and, above all, the creativity that they bring to the table,” says Walker. Thanks to his approachable, open management style, Walker is able to get Audi employees excited about the transformation – and encourage them to try new things. “As a team, we at Audi pull together in a very goal-oriented way. Others could learn from us there. If we see change as an opportunity, we will have a very successful future ahead of us. That’s what I want to work on together with everyone.”

Gerd Walker was born on February 1, 1970, in Reutlingen, Germany. He first worked at AUDI AG in 1997 as a working student in mechanical engineering, writing his thesis on concept design for small-series production. In 1998, he took his first job as a concept designer in the Production division at Audi in Ingolstadt. From 2002 to 2006, Walker had various positions in Technical Development in Neckarsulm and Ingolstadt. From 2006, he was responsible for product and process technology, body construction and exterior, in the pre-series center for the worldwide production of new models. In September 2012, today’s new Audi Board Member for Production and Logistics took over the management of vehicle production at AUDI HUNGARIA in Győr. In 2016, he moved into the Group and managed production strategy in Wolfsburg. From July 2018 to January 2022, Walker headed up production at the Volkswagen Group. Since February 1, 2022, Walker has been the Board Member for Production and Logistics at Audi AG.