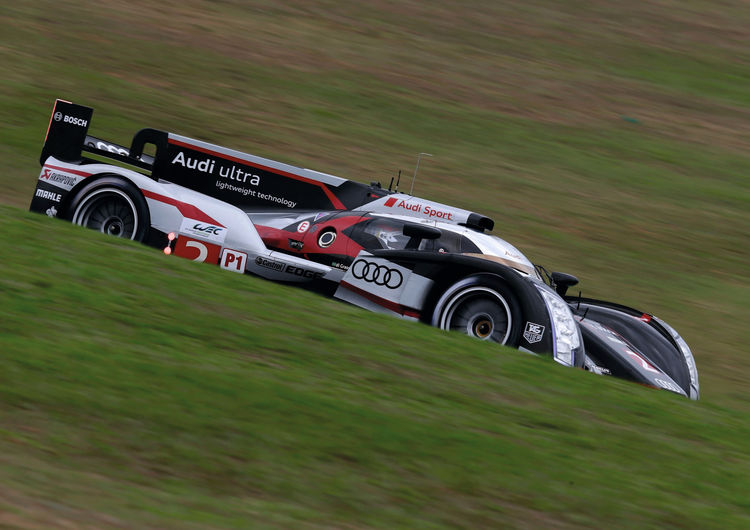 Successful beginning: A day after Lucas di Grassi celebrated his debut with Audi Sport Team Joest, the Brazilian made a strong showing at his home round. In qualifying for the fifth round of the FIA World Endurance Championship (WEC), he posted the fastest time by an Audi racer and will start from position two on the front row. His team-mate André Lotterer took third place.

Right from the beginning, Lucas di Grassi in the Audi R18 ultra kept the upper hand within the team in qualifying. The 28-year-old pro from São Paulo was faster on his three timed laps in the number “2” Audi than his team-mate André Lotterer in the Audi R18 e-tron quattro designated as car number “1.”

Lotterer, who said that he had tackled his first timed lap too conservatively, reduced the team-internal deficit in the course of four laps from an initial 1.623 to 0.185 seconds. In the end, though, the German, who had set the fastest time in qualifying this year at Sebring and at Le Mans, had to admit defeat.

After the two R18 cars had finished their qualifying trials as planned, challenger Toyota countered and in the end achieved the best lap time. With that, Audi had to admit defeat in qualifying for the first time in the 2012 WEC season.

The relative strength on a timed lap, though, should not prejudge the performances to be expected during the six-hour race on Saturday. Audi thoroughly prepared for the fifth race of the season in all practice sessions, tested various tire options and strategic scenarios. Therefore, fans can expect to see a thrilling battle of the concepts on the 4-309-kilometer track tomorrow.

Eurosport will broadcast the race live (start: Saturday 12:00-16:00 local time/17:00 -21:00 CEST plus the last 15 minutes). The broadcast of the fifth round can be watched live on the internet also – www.audi-liveracing.com offers complete coverage.