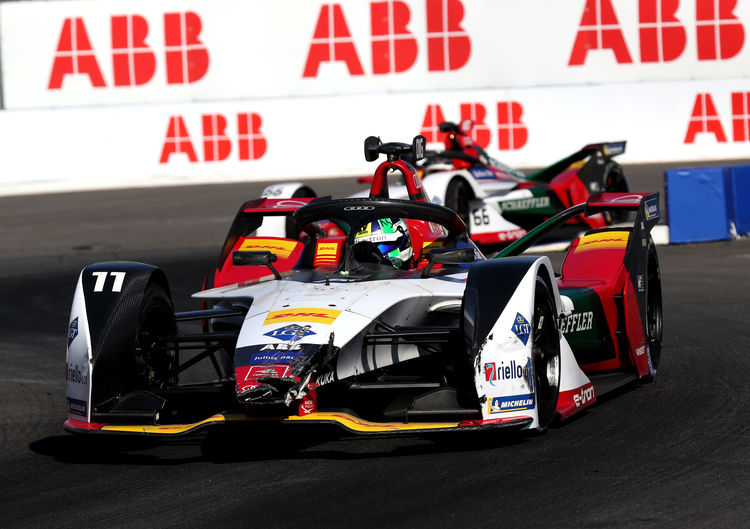 After the first race of the Formula E double-header finale in New York (USA), Audi Sport ABT Schaeffler is right in the fight to win both titles. Audi driver Lucas di Grassi is one of four drivers who could clinch the title in the last race on Sunday (start at 4pm local time/10pm CEST). In the teams’ classification, Audi Sport ABT Schaeffler has reduced the gap to DS Techeetah to 24 points.

While points’ leader Jean-Eric Vergne and DS Techeetah earned zero points in the dramatic first race in sweltering heat on Saturday, Lucas di Grassi and Daniel Abt crossed the finish line with their two Audi e-tron FE05 cars in the fifth and sixth places respectively. Starting the race from the fourteenth grid spot, di Grassi once again launched a spirited attack. After a strong qualifying performance, Abt battled for victory from the start, but lost several positions in a fierce fight for second place.

“It’s not often that I’m speechless, but I am today,” said team principal Allan McNish. “There was so much going on in this race. We could never be sure if it would turn out well for us or not. While DS Techeetah lost both cars in accidents, our two guys put in strong drives. This means that we’re still in the fight for the title and we’re feeling full of energy for tomorrow’s finale.”

“My car was badly damaged in collisions in front of and behind me right after the start and driving was incredibly difficult thereafter,” said Lucas di Grassi. “In spite of this, I finished the race and the championship is still wide open. We’ll fight again tomorrow and do our very best.”

“I’m obviously a little disappointed, because I could have finished on the podium today,” said Daniel Abt. “Everything ran perfectly until the safety car came out. The whole mess began when Alexander Sims pushed me wide and then Mitch Evans hit me quite hard. It was a little like bumper cars out there today, but we now know that we’re very fast here. We’ll focus on our strong points and attack again tomorrow.”