Skip to content
We are using cookies for a better user experience.
04/22/19
Neuburg a. d. Donau
Sport 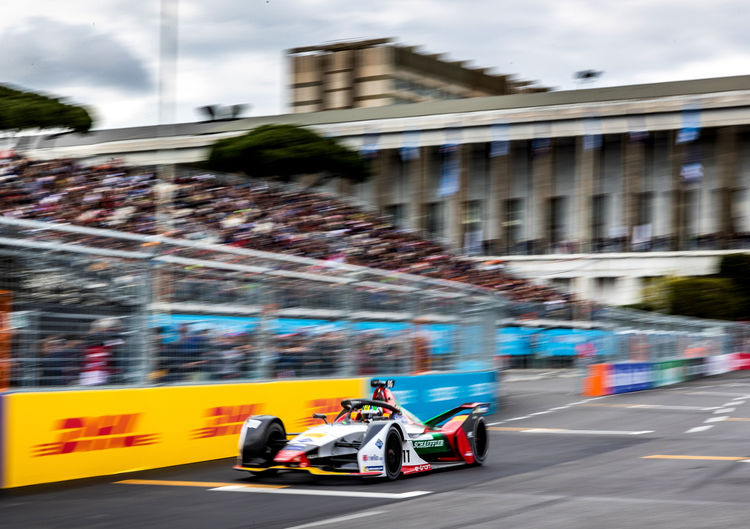 On Saturday (April 27), Paris marks the second stop on Formula E’s European tour. With seven winners in seven races and extremely small gaps in the standings, the championship has never before been as fiercely contested. For the round held in the French capital, Daniel Abt, Lucas di Grassi and the Audi Sport ABT Schaeffler team are setting their sights on returning to the podium.

Only 21 points separate Daniel Abt, who is in tenth, from the points leader. In its previous four seasons, Formula E has never been so close after seven races. The top ten points gaps were much larger: 65 points in Season 1, 94 in Season 2, 99 in Season 3 and 87 in Season 4. Lucas di Grassi in fifth place is separated from the top spot by only seven points, and in the teams’ classification, Audi Sport ABT Schaeffler is also within striking distance with a deficit of 14 points. The eighth of thirteen races in Paris this weekend kicks off the crucial stage in the battle for points.

“This season, we’ve seen that our race car and team have the performance to be at the very front of the field – scoring our 1,000th point in Formula E at the last race in Rome. However, with its extremely high level and competitive racing, Formula E doesn’t forgive even the smallest of mistakes,” says Team Principal Allan McNish. “Seven winners in seven races, the top six in the drivers’ championship are covered by ten points, the exact difference between finishing first and third on Saturday: We are right there in contention, but you need a perfect day in order to win in Formula E. We are all focusing on making that perfect day happen in Paris.”

The setting in Paris is unique for a Formula E event. On the day before the Formula E round in the French capital, sightseeing buses are still traveling through the pit lane. The 1.920-kilometer circuit is located around the Les Invalides, which houses Napoleon’s tomb. The Eiffel Tower, the Avenue des Champs-Élysées and the Seine River are nearby – no other location could be deeper in the heart of the city.

Lucas di Grassi already entered his name in the history books by claiming victory at the premiere in Paris during his 2016/2017 championship-winning season. Since then, the race in France has been an emotional roller coaster: victory was followed by retirement from the race in the subsequent year and then by another podium finish. “The championship is becoming increasingly tough: anyone can be on pole and anyone can win the race – Paris will be no exception,” says Lucas di Grassi. “So, we also need to work hard to stay in the game. As always, qualifying will play a crucial part. I’ll be in the first group again which, no doubt, is not an advantage – but even from there, it’s possible to make it into Super Pole and that’s exactly what our main goal has to be so that we’ll have an optimal starting position in the race.”

After finishing six consecutive races in the points, Daniel Abt, due to a technical issue at the last race in Rome, went home empty-handed for the first time this season. “That was chalked up as experience on the Monday after the race. You have days like these in Formula E; sometimes it’s simply not in your hands,” says Daniel Abt, who is strictly looking ahead: “We know that we’ve got what it takes and just need to do better in Paris. The racing is very close and everything is still open in the championship. For me, this race is one of the highlights: a stunning location in the heart of the city. That’s exactly what makes Formula E so special.”

Besides the Audi Sport ABT Schaeffler factory team, the Envision Virgin Racing customer team with Sam Bird and Robin Frijns races with the e-tron FE05 that has been jointly developed by Audi and technology partner Schaeffler. The British team is currently in second position of the teams’ classification.

The eighth round of the Formula E season starts in Paris on Saturday at 4 PM local time and, as usual, lasts for 45 minutes plus one lap. As always, Eurosport will also be providing live coverage of the race. All international channels, including broadcast schedules, can be found online at www.fiaformulae.com.

Basic Information: Audi in Formula E 2018/2019
Video: Daniel Abt and Lucas di Grassi look ahead to the race in Paris