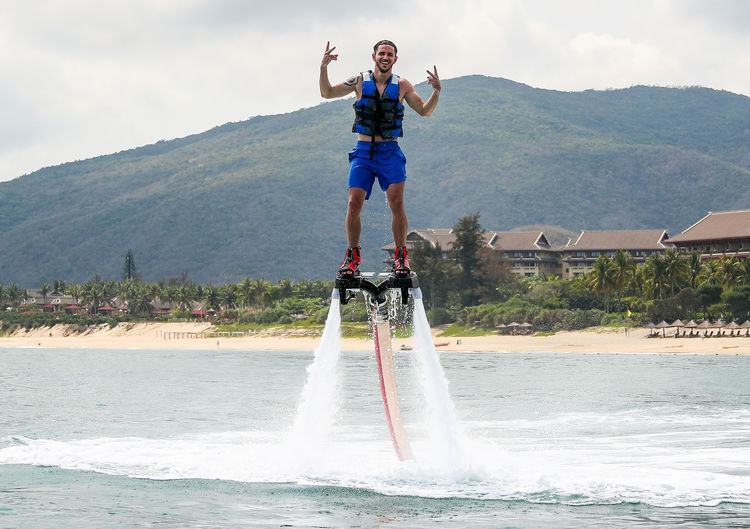 Due to extremely high humidity, the first E-Prix in the Southern Chinese tourist resort of Sanya (start on Saturday at 3 PM local time/8 AM CET) will turn into a sweat-inducing affair.

In spite of the sun in Sanya having disappeared behind thick clouds from time to time since Friday, temperatures have remained high at around 28 degrees centigrade in the shade with relative humidity of more than 90 percent,whichcaused all of the drivers and team members to work up quite a sweat even during the track walk.

The two Audi drivers, Daniel Abt and Lucas di Grassi, are expecting another spectacular Formula E race. “The track is exactly my style,” says Abt. “Above all, unlike at the last race in Hong Kong, you can overtake really well here.” His teammate di Grassi agrees: “The circuit with its long straights makes for thrilling racing and the quality of the track surface is very good.”

The circuit is located on Hainan Island directly along the beach of Sanya next to a holiday park. A special feature: the race starts on a bridge. Attack mode can be expected to have a greater effect than in the previous races. “The corner for activating it is nearly rectangular and very slow,” says Lucas di Grassi.

On Thursday, Daniel Abt and Lucas di Grassi, in their own words, enjoyed “one of the best PR days” in their Formula E careers. Di Grassi went on an excursion to the rain forest of Yalong Bay with the TV channel CNN. Afterwards, the two Audi drivers had a great time riding flyboards on the South China Sea during a film shoot.

China is the biggest global market for the automotive industry and interest in Formula E is huge there: some 400 guests of Audi China are going to watch the race in Sanya from the grandstands on Saturday. For Audi’s guests, the Formula E weekend began with an evening event at the Grand Hyatt in Sanya that was also attended by Daniel Abt, Lucas di Grassi, Head of Audi Motorsport Dieter Gass and Team Principal Allan McNish.

Dieter Gass spent his birthday on Wednesday on the flight from Munich to Sanya. Upon his (delayed) arrival in Sanya, Audi’s Head of Motorsport waited in vain for his luggage, which had gotten stuck at the stopover in Beijing.

Most of the team members flew back to Europe between the two Formula E races in Hong Kong and Sanya. Only a small part of the Audi Sport ABT Schaeffler team used the opportunity for a brief vacation in Asia. Team manager Roger Köhler for instance spent a few relaxing days in Bali.

Team Principal Allan McNish only spent two nights at home in Monaco between Hong Kong and Sanya. Last weekend, the Scot was Grand Marshall for the 12-hour race at Sebring (USA), which he won four times with Audi during his career as a race driver.

The next PR commitment for Daniel Abt and Lucas di Grassi will be in Munich: on the night of April 4, Audi will be hosting motorsport journalists at a Meet the Team event at Formula E’s caterer Käfer.

The sixth Formula E round will be broadcast live in Germany on Eurosport. In addition, ARD will provide live streaming on daserste.de.