{{ activeItem() }}
Twitter
02/27/21
Another race day in Diriyah: Round 2 of the @FIAFormulaE World Championship. &gt;&gt; https://t.co/ktQ0jleme7… https://t.co/DJBXa9zMis
02/26/21
“Overall, with fourth place for @ReneRastRacing and ninth for @LucasdiGrassi, we’re happy with the way that the rac… https://t.co/K0RjlQbn6V
02/26/21
MEDIAINFO: ​Strong debut for the Audi e-tron FE07 &gt;&gt; https://t.co/sRJGt6ZQGu #FutureIsAnAttitude #ABBFormulaE… https://t.co/Aw5Oi5DHjc
02/26/21
Fourth place for @ReneRastRacing in the first race of the season. @LucasdiGrassi moved up seven places into the poi… https://t.co/cvT7q0oYBW
Audi Sport on Twitter
{{ activeItem() }}
Facebook
02/26/21
Strong pace for the Audi e-tron FE07 in Diriyah: Fourth place for René Rast and Lucas Di Grassi moved forward seven places to ninth. Both cars in the points and tomorrow we race again. >> audi.com/FormulaE #FutureIsAnAttitude #DiriyahEPrix
02/25/21
Audi Sport ABT Schaeffler in the 2021 ABB Formula E World Championship. First-ever Formula E night races coming up on Friday and Saturday at 20:03 local time (18:03 CET). Broadcast info >> fiaformulae.com/watch #FutureIsAnAttitude #DiriyahEPrix
02/24/21
Three E-Prix so far in Diriyah since 2018 with our highlight in 2019: Lucas Di Grassi on the podium with a runner-up finish. Aiming for more this week in the first two night races in ABB Formula E history, February 26–27. >> audi.com/FormulaE #FutureIsAnAttitude #DiriyahEPrix
02/23/21
Putting our latest Audi Sport customer racing model through its paces: Audi RS 3 LMS testing at Circuit Parcmotor Castellolí in Spain. >> audi.com/TCR #PerformanceIsAnAttitude
Audi Sport on Facebook 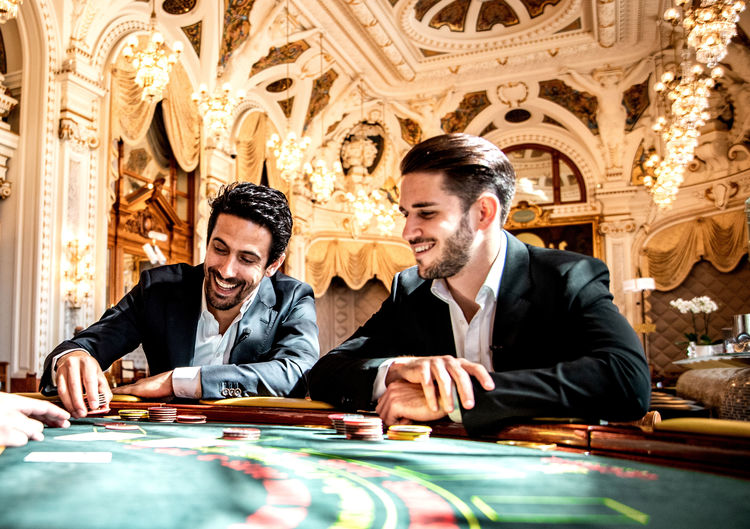 At the Formula E race in Monaco (start on Saturday at 4.30 PM CEST), an even more compact schedule than at the previous races this season awaits the Audi Sport ABT Schaeffler team.

Formula E uses part of the Formula One circuit for the E-Prix in Monaco. The track will not be closed to public traffic until Saturday morning, so the usual shakedown session of the race cars has been omitted. The two Audi e-tron FE05 will go directly into the first free practice session at 7.30 AM on Saturday morning.

With a round of blackjack at the casino in Monaco, the two Audi drivers, Daniel Abt and Lucas di Grassi, got in the mood for the Formula E race in the gamblers’ paradise. Team Principal Allan McNish, who drove to the PR event in the new Audi e-tron*, served as the croupier.

In Monaco, Formula E takes turns with the historic Grand Prix every two years. Since Formula E’s last visit in May 2017, some sections of the circuit have been repaved.

Allan McNish and Lucas di Grassi can sleep in their own beds in Monaco: both have been living in the principality for years.

Between the two E-Prix events in Paris and Monaco, Daniel Abt and Lucas di Grassi had busy schedules. In addition to preparing for the race in the simulator, they handled several PR commitments. For Abt, these included appearances at the DTM season opener at Hockenheim, the Wings for Life World Run in Munich and the OMR Festival in Hamburg, while di Grassi’s commitments mainly took place in Monaco.

On Monday, Lucas di Grassi will deliver a key note at the International VI-grade Conference in Frankfurt that is focused on artificial intelligence. On Wednesday, he will be visited in Monaco by six-time Olympic gold medalist Chris Hoy. The former track cycling pro is shooting a TV documentary about the Audi factory driver for Motor Trend.

For the first time this season, Lucas di Grassi’s parents are visiting a Formula E race and were particularly pleased to see their grandson, Leonardo, again, who was born last year shortly before the E-Prix in New York.

On Friday, Lucas di Grassi was visited at the garage of the Audi Sport ABT Schaeffler team by football star Naldo. The Brazilian was active in the German Bundesliga for more than a decade. Since the beginning of 2019, he has been playing for AS Monaco.

For the first time this season, German TV channel ARD will air live coverage of a Formula E race. The broadcast from the principality on “Das Erste” begins on Saturday at 4.30 PM when the race is started. As always, Eurosport will also be providing live coverage of the race.