Formula E: Audi with a lot of tailwind to Zurich 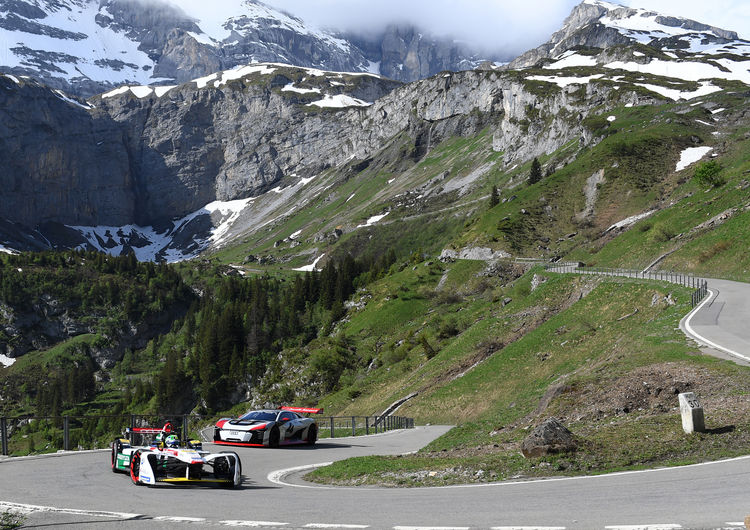 With six podiums in the last five races Audi Sport ABT Schaeffler has returned to the battle for the Formula E teams’ title. In Zurich this coming Sunday (June 10), the team around Daniel Abt and Lucas di Grassi is aiming to go for another strong performance.

For the first time since 1954 Switzerland will host an international circuit race on June 10. Fans and drivers are looking forward to Formula E’s premiere in the country with particularly eager anticipation. In Zurich the fully electric racing series is turning onto the finish straight with just three more races left. Right in the middle of the battle for the prestigious teams’ classification is the German Team Audi Sport ABT Schaeffler in its first season as a factory team. After a difficult start it has jumped up to second in the standings, only 44 points behind the top spot.

“After the incredible performance in the last races and especially in Berlin, the momentum is with us right now going to Zurich, and even although it is a huge challenge, the team’s title is our clear goal,” says Team Principal Allan McNish. Most recently, at its home round in Berlin, his team was the first ever to have scored the maximum number of 47 points thanks to a one-two result, pole position and the fastest race lap. “Daniel, Lucas and the whole team are in absolutely top form. And that’s exactly the attitude and performance we will need to take the fight to the competition in the final races of season,” says McNish.

The 2.465-kilometer temporary city circuit of the Zurich E-Prix is routed along the lake promenade, the financial district and the city center. A hairpin turn preceded by a long straight plus five 90-degree turns promise a thrilling race with numerous overtaking maneuvers. 39 laps will be driven in total on the circuit at Lake Zurich.

“Looking at it from my hometown, Kempten, Zurich is even closer than Berlin, so it’s almost like a second home round for me,” says Daniel Abt who, following his second victory this season, is trailing the third-placed in the championship by only one point. “At the moment, I feel totally comfortable in the car and in the team and can hardly wait to drive the next race. We know what we’re capable of when we have everything down pat.”

Abt’s teammate, Lucas di Grassi, was on the podium four times running – a string of success no other driver has achieved in Formula E to date. “It’s good for the whole team and our fans that after a difficult phase at the beginning of the season we’re now finally showing our full potential,” says the reigning champion. “We’re now looking from race to race, trying to win everything there is to win – a very simple tactic.”

“The track is cool and the Formula E hype in Switzerland huge,” says Nico Müller. The Audi DTM driver recently took on the role of development driver in the Audi Sport ABT Schaeffler team and knows the new track from the simulator. The 26-year-old Swiss will be on site at the Zurich E-Prix as a team member.

Round ten of the 2017/2018 ABB FIA Formula E Championship will start on Sunday, 10 June, at 6 PM local time. In Germany, Eurosport 2 will air live coverage of the race. With a delay, Eurosport 1 will broadcast a rerun starting at 10 PM (CEST). Around the world, some 70 channels will cover Formula E. A full list is available at www.fiaformulae.com.