Skip to content
We are using cookies for a better user experience.
02/27/18
Neuburg a. d. Donau
Sport 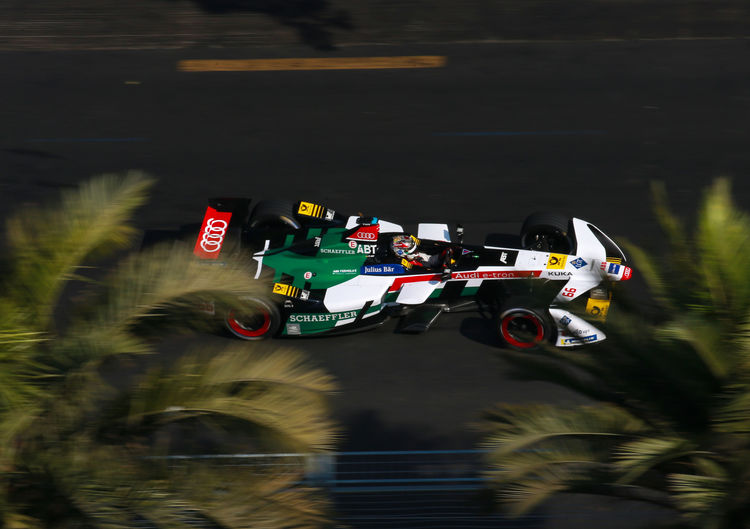 Following a difficult first third of the season marked by technical issues and racing incidents, Team Audi Sport ABT Schaeffler will start to round five of the season in the heart of Mexico City on Saturday (March 3). The two drivers, Daniel Abt and Lucas di Grassi, are facing another great challenge here.

In recent weeks, the race engineers of Audi Sport have been working hard to analyze the technical problems of the Audi e-tron FE04. “Now, we’re confident that we’ve found both the cause and a solution,” says Head of Audi Motorsport Dieter Gass. “Unfortunately, the FIA regulations do not allow us to implement the changes until a 30 day period has expired.” Consequently, the respective update will not be used before the round in Punta del Este on March 17. Dieter Gass: “Although we’re obviously not happy about this situation, we are optimistic that the permanent track characteristics, much like in pre season testing, do not exagerate any problems.”

Lucas di Grassi crossed the finish line in each of the first two E-Prix events in Mexico City in first position – last year, following a spectacular fightback from the back of the field. “My victory last year was no doubt my most amazing one in Formula E,” says Lucas di Grassi. This year, the reigning champion has to show his fighting spirit again. Following his retirement in Santiago, the seal on the inverter in one of his cars had to be broken to repair it, so under the regulations the Brazilian could therefore be given a ten place grid penalty.

Daniel Abt has scored points in Mexico each time so far. “The Mexican fans are mega-enthusiastic, the atmosphere is tremendous and I like the track,” says Abt. “I feel very comfortable there, am highly motivated and full of energy.” Together with his teammate the German is traveling to Mexico from a fitness week in Lanzarote with all of the Audi factory drivers.

“At the moment, we’re going through a tough time in our young Formula E history. But we are as determined as ever and will continue to push to the maximum with Daniel and Lucas in spite of the current challenges,” says Allan McNish, Team Principal of Audi Sport ABT Schaeffler. “We all know how unpredictable a race day can be in Formula E – Lucas’ spectacular victory last year showed that well.”

The E-Prix in Mexico is a race of superlatives not only due to its impressive venue. The metropolitan area with some 20 million inhabitants ranks among the largest ones on Earth. In 2016, Audi opened one of its most modern plants in Mexico. The brand produces the Audi Q5 Premium SUV for the world market there.

Round five of the 2017/2018 Formula E season will be run over 47 laps, starting on Saturday at 4 PM local time (11 PM CET). In Germany, Eurosport will begin to air live coverage at 10.45 PM (CET). Internationally, some 70 channels cover the Formula E races. A full list is available on the internet at www.fiaformulae.com.