Skip to content
We are using cookies for a better user experience.
07/08/19
Neuburg a. d. Donau
Sports 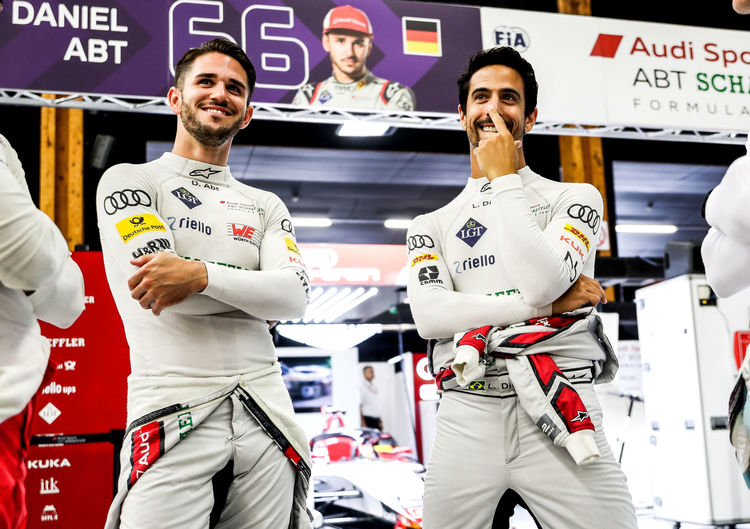 As in the previous four seasons, the title race in Formula E will again be decided on the last weekend. Before the two races in New York City (July 13/14), Audi Sport ABT Schaeffler and Lucas di Grassi are in second place in the teams’ and drivers’ championships.

Formula E fans can look forward to a thrilling final weekend: in absolute terms, eight drivers have title chances – more than ever before in the history of the electric racing series. New York City is the only venue to host two races this season. At the doubleheader, 58 points will be up for grabs, including the additional points for the pole positions and fastest race laps. Lucas di Grassi is traveling to the United States with 32 points separating him from title defender Jean-Éric Vergne.

“As long as we have a chance in absolute terms, we’re going to give it our all. In the past, we proved more than once that the role of the hunter suits us well,” says Lucas di Grassi. The Brazilian’s fightback on the last race weekend of the 2016/2017 season, when he arrived at Montreal with a ten-point deficit and became driver’s champion with a 24-point advantage, is not forgotten. Last year, Audi Sport ABT Schaeffler made up a gap of 33 points in the two final races and won the teams’ championship.

“We started the season with the goal of winning races and fighting for all titles up until the end – and we have managed to do that,” says Team Principal Allan McNish. “Looking at the standings, we’re obviously facing a difficult task. But Daniel, Lucas and the whole team showed what’s possible with an incredible team performance last year. We have nothing to lose, but a lot to gain.” In 2018, the German-Brazilian duo scored a victory, two second places and a third place in the two New York races, and so brought home 78 out of 94 possible points.

Daniel Abt, who is a great fan of the United States, is traveling to the finale with eager anticipation. “New York is a mega city with a circuit that I really enjoy,” says the German, who stood on the podium in front of Manhattan’s skyline twice last year. Abt has finished nine of eleven races in the points this season – a record among all of the 22 drivers. “A victory is still missing in my collection. That would be a perfect conclusion in the finale.”

For the third time, Formula E will be racing on the 2.320-kilometer circuit in Brooklyn’s Red Hook neighborhood. It runs directly along the waterfront of the Upper New York Bay that separates Manhattan and Brooklyn. The track is by and large identical to last year’s. Just the pit lane is now located alongside the start-finish straight.

Before the 12th and 13th races of the season, di Grassi is in second place in the drivers’ championship with 98 points. His teammate, Daniel Abt, is in eighth, only 23 points behind di Grassi. 25 points are awarded for victory, three for pole position and one for the fastest race lap driven among the top ten finishers. Besides the Audi Sport ABT Schaeffler factory team, the Envision Virgin Racing customer team with Sam Bird and Robin Frijns also races with the e-tron FE05 that has been jointly developed by Audi and technology partner Schaeffler. The British team is currently in third position of the teams’ classification.

The races in New York will start on Saturday and Sunday at 4 PM local time (10 PM CEST) and, as usual, will last for 45 minutes, plus one lap. As always, Eurosport is going to air live coverage. All international channels, including broadcast schedules, can be found online at www.fiaformulae.com.

Basic Information: Audi in Formula E 2018/2019
Video: Daniel Abt and Lucas di Grassi look ahead to the race in New York