Skip to content
We are using cookies for a better user experience.
01/21/19
Neuburg a. d. Donau
Sports

Formula E: Audi factory team has set its sights firmly on the podium in Santiago 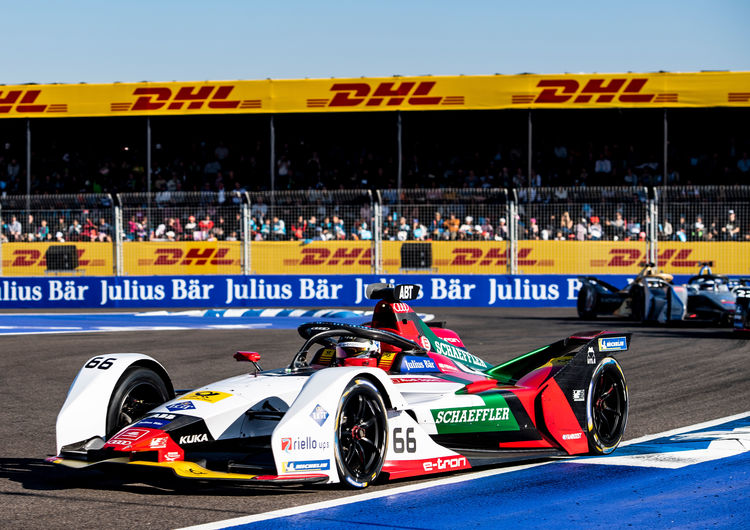 The ABB FIA Formula E Championship is traveling to South America: On Saturday, January 26, the fully electric racing series will hold the third round in Santiago de Chile, marking its first event in the Americas this season. After Daniel Abt and Lucas di Grassi have scored points in all of the races held to date this season, the drivers of the Audi Sport ABT Schaeffler team now intend to finish on the podium.

The race will be run at Parque O'Higgins. Covering an area of 750,000 square meters, it is the second-largest park in the Chilean capital. The 2.348-kilometer track in the center of Santiago with its long straights, hairpins and chicanes loop around the Movistar Arena. “The track layout looks exciting, but we’ll only know exactly what awaits us at the circuit once we get there,” says Team Principal Allan McNish. “However, we already know one thing: it’ll be a completely different race than the two previous rounds this season. Firstly, we’re going to have much higher temperatures to contend with and secondly, it’s the first real city street circuit on the calendar with all the typical characteristics of a street track.”

The new location and unknown circuit have no bearing on the factory team’s goal. “We know the potential of our Audi e-tron FE05, our team and our drivers – now we need to put all of it together into a package that will get us onto the podium,” says Allan McNish. “Races in South America are always very special anyway because the fans are enthusiastic and make for a great atmosphere.”

This also gives Audi driver Lucas di Grassi an additional boost of motivation. “Santiago de Chile is only a four-hour flight away from my hometown, São Paulo, so the race is kind of a round on home soil for me,” says the Brazilian. “After a difficult opener in Riyadh, we most recently took a clear step forward in Marrakesh. With a little more fortune, a podium finish would have been possible there. Now we’re going to attack in Santiago. The circuit is new for everyone, so we need to work all the harder and be fully focused right off the bat.”

Like his teammate, Daniel Abt also scored points in the first races of this season, but missed the podium. “Our whole team is hungry for success and eager to take a trophy home again as soon as possible,” says the German. “Everyone is working hard for this – trackside, at Audi in Neuburg and in the simulator. We’ve come to understand the car better and are optimizing our processes. I’m confident that we’re going to take the next step toward the front of the field in Santiago.”

The race in Santiago de Chile will start at 4 PM local time (8 PM CET) and be aired live on Eurosport. All international channels including broadcast schedules can be found online at www.fiaformulae.com.

This season, four cars using technology from Audi and Schaeffler are on the Formula E grid: In addition to the Audi Sport ABT Schaeffler factory team, the Envision Virgin Racing team with Sam Bird and Robin Frijns races with the Audi e-tron FE05. Both drivers of the British racing team most recently finished on podium in Marrakesh.

Basic Information: Audi in Formula E 2018/2019
Video: Daniel Abt and Lucas di Grassi look ahead to the race in Santiago