Flashback: Le Mans 2005 and an Audi victory that seemed impossible 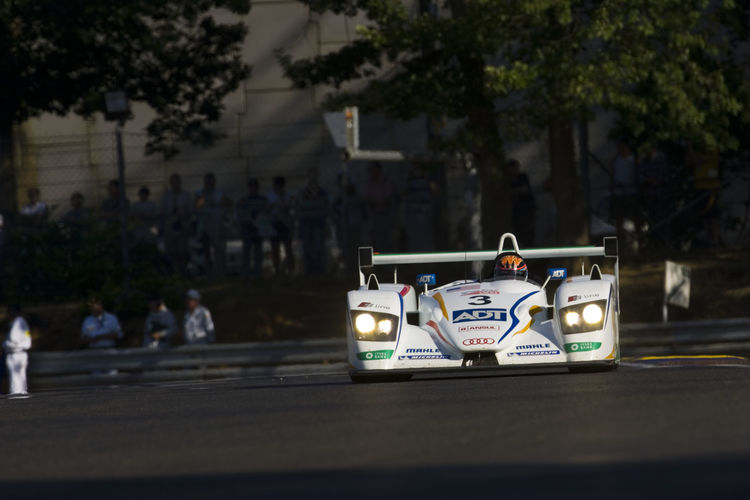 In 37 years, not a single American team had won at Le Mans until, in 2005, the Audi customer team ADT Champion Racing, in spite of being in a near-hopeless position, ended this barren spell with the Audi R8 – because team spirit and consistency are sometimes more important than lap times alone.

“The truth, quite simply, was that we were hopelessly too slow.” Even today, Brad Kettler shakes his head, looking back on the third weekend in June of 2005 at Le Mans. The #3 Audi R8 for which he was the race engineer was four seconds short of clinching the pole position in qualifying due to restrictions that forced the successful sports car from Ingolstadt to add 50 kilograms of weight and to use a smaller air restrictor.

Despite these adverse conditions, Tom Kristensen, JJ Lehto and Marco Werner celebrated victory on the podium after 24 grueling hours, sometimes in temperatures of more than 35 degrees centigrade in the shade, thanks to the strong nerves of the squad and the consistency of the car. “The two Pescarolo cars had started from the first row and were also clearly faster than we were in the race,” says Kettler. However, even back then, consistency provided Audi with a crucial advantage. Unlike their competitors, ADT Champion Racing was able to cover eleven or even twelve laps instead of eight on one tank of fuel.

“The whole race was a battle of nerves. After the pit stops, we were running in front and then our rivals caught us again – this went on for the whole 24 hours,” Brad Kettler recalls. On seeing the checkered flag, the Scandinavian-German trio had a two-lap advantage and Tom Kristensen, on taking his seventh victory, went down in motorsport history by breaking the record of the former Le Mans record holder, Jacky Ickx. Marco Werner celebrated his first of three triumphs in total.

Brad Kettler is still part of Audi’s sports car program as an engineer, by now having been involved in six Le Mans victories. Although the moments of his first success date back almost exactly ten years, he remembers every detail, such as a very special moment in the warm-up session. “The mechanics weren’t exactly in high spirits after the setback in qualifying. Suddenly, JJ Lehto radioed the pits: ‘Boys, the car is fantastic. Anything’s possible for us today!’ Thinking of the proud faces with the determination to win written all over them still gives me goose bumps.”