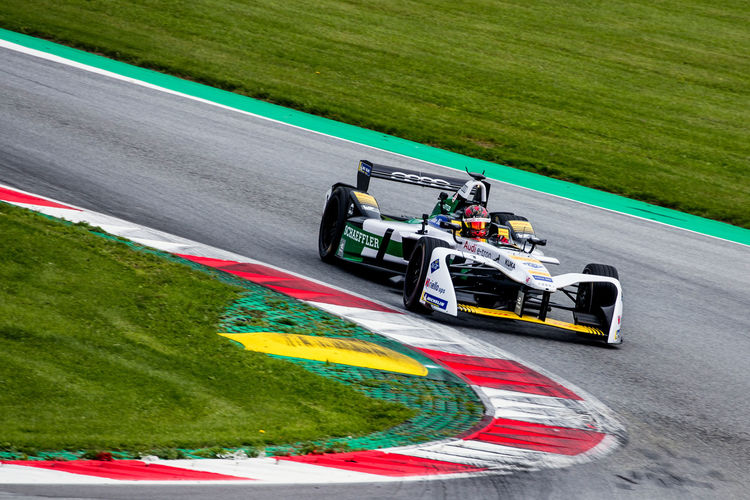 First public outing for the Audi e-tron FE04: Daniel Abt presented the new race car to the fans for the first time during the E-Mobility Play Days at the Red Bull Ring in Spielberg (Austria). Next stop on the way to the season opener in Hong Kong are the official Formula E test days in Valencia (Spain) that start on Monday.

Presented on Wednesday evening, on Friday in action for the first time: Audi’s newly designed Formula E race car made its premiere on the race track. Audi factory driver Daniel Abt turned several demonstration laps with the e-tron FE04 on a short version of the Red Bull Ring and was thus one of the highlights of the event. “A successful event, which gave an extremely interesting overview of the entire spectrum of electromobility,” says Abt. “And obviously a fantastic thing that I could present our Formula E car to the fans.”

Daniel Abt travels directly from Spielberg to Valencia, Spain, where from Monday to Thursday the only official Formula E test days attended by every team and driver are held. Previously, every team was able test for themselves within the permitted contingent. For this purpose, Audi Sport ABT Schaeffler primarily used the track close to Palma de Mallorca as well as the handling course in Neuburg.

The days in Valencia offer the opportunity for the one and only comparison before Formula E enters its fourth season in December. “We’ve done our homework. I have the feeling that we are well prepared,” says Lucas di Grassi. “However, the crucial aspect is not how good we are, but in fact how good we are in comparison to the competition – and we’ll get a first impression of this in Spain,” knows the defending Champion.

In Valencia, Lucas di Grassi and Daniel Abt have all four Audi e-tron FE04 in the new design at their disposal. Testing is Monday, Tuesday and Thursday. Afterwards, the race cars will be dismantled and checked before setting off on the journey to Asia in early November. Start of the first race: Saturday, December 2, 16:00 local time.