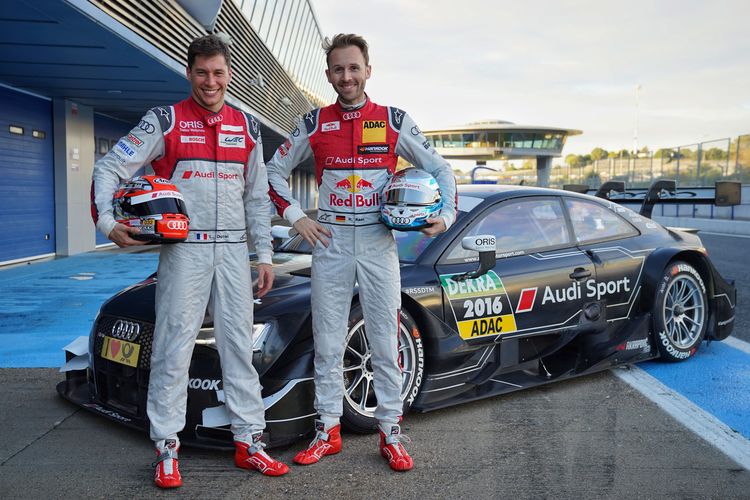 Audi is bringing a breath of fresh air into the DTM. The Frenchman Loïc Duval and the German René Rast will be two new campaigners to compete in the Audi RS 5 DTM next season. Both have previously been successful in other racing series for Audi, most recently having been active in the WEC. Mattias Ekström (Sweden), Jamie Green (Great Britain), Nico Müller (Switzerland) and Mike Rockenfeller (Germany) have been confirmed as drivers for the 2017 DTM.

“We’re happy that our driver squad for the new DTM season is complete,” says Dieter Gass, Head of DTM at Audi Sport. “In Mattias and Mike, we have two DTM Champions on board who in my book will be among the favorites next year, not least due to the new rules and tires. Jamie, no doubt, is one of the strongest campaigners in the DTM. Nico convinced us with consistently good performances and his first DTM victory last season. Not only on delivering a strong race in the finale at Hockenheim, René has shown that he’s also going to be in contention at the very front in the DTM. And in Loïc, we’ve integrated one of our best drivers from the Le Mans program into our DTM squad. I’m convinced that we’re in a top position with our driver lineup for the 2017 season and have six strong characters in our team.”

No longer competing for Audi in the DTM next year will be Miguel Molina, Edoardo Mortara, Timo Scheider and Adrien Tambay. “I’d like to thank Miguel, Edo, Timo and Adrien for our joint years in the DTM and wish them all the best for the future,” says Head of Audi Motorsport Dr. Wolfgang Ullrich. “We always worked together well and jointly celebrated gratifying success on a number of occasions. Consequently, with every one of these four, it was difficult for us to say goodbye. Now we’re going to use the upcoming winter break to prepare for the new challenges with a changed DTM driver lineup.”

New DTM signing Loïc Duval raced for Audi in the FIA World Endurance Championship (WEC) from 2012 to 2016 and in 2013 won the 24 Hours of Le Mans and the World Championship title in the Audi R18 e-tron quattro. Audi’s final WEC race in Bahrain saw Duval on the top step of the podium as well. The 34-year-old Frenchman residing in Geneva additionally brings experience from Formula E and the Japanese Super-GT Championship to the DTM. At the beginning of December, Loïc Duval performed initial tests in the Audi RS 5 DTM during the Young Driver Test at Jerez, Spain, which gave him the opportunity to familiarize himself with the DTM car on a dry and wet track as well as in mixed conditions.

30-year-old René Rast has been active for Audi since the 2011 season, having ranked among the world’s best and most successful GT drivers at the wheel of the Audi R8 LMS GT3 race car ever since. In the Audi R18 e-tron quattro, Rast left a strong impression as well, which the native of Minden (Germany) now living in Bregenz (Austria) confirmed in a total of three DTM commitments last season. On scoring his first points in his second DTM race at Hockenheim in October, Rast recommended himself for a place in the DTM squad for good.