Skip to content
We are using cookies for a better user experience.
09/17/18
Neuburg a. d. Donau/Spielberg
Sports 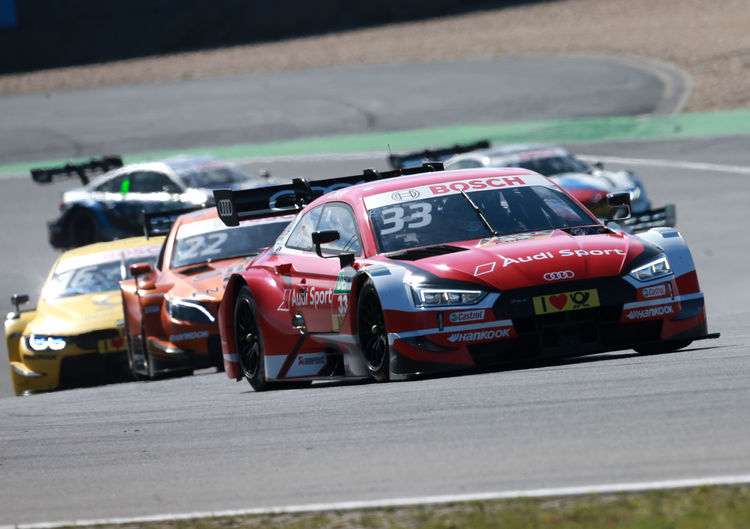 The DTM will see a thrilling showdown: Theoretically, the champion could be determined as early as this Sunday, September 23, at the Red Bull Ring in Spielberg, Austria. Title defender René Rast from Audi Sport Team Rosberg will leave no stone unturned to postpone the decision to the finale at Hockenheim in October.

The 31-year-old German in his second DTM season is the man of the moment. Still placed at a distant 14th of the standings after the first eight races, the Audi driver on the past four DTM weekends scored a total of 126 points – more than any other driver. Following his third victory this season, Rast, before the season’s last four races, is third in the overall standings and the fiercest rival chasing the two Mercedes-Benz drivers Gary Paffett and Paul Di Resta. “That wasn’t to be expected after the first races,” says Rast. “We achieved more than we were able to expect following the difficult start of the season. From now on, we can only win. The deficit to Gary and Paul is still very large. But I’m going to fight as long as the opportunity exists – no matter how small it may be.”

At the Red Bull Ring in Spielberg, Rast, in 2014, won an ADAC GT Masters race in an Audi R8 LMS. “Nobody had expected that at the time,” the German recalls. Last year, Rast won at Spielberg in the Audi RS 5 DTM as well and, in doing so, took an important step toward the sensational title win in his rookie season.

Audi, with six victories since the DTM’s premiere in 2011, is the most successful brand on the Red Bull Ring. BMW has won four times to date, Mercedes-Benz never. Even so, Head of Audi Motorsport Dieter Gass dampens expectations before the Austrian round: “In terms of track characteristics, the Red Bull Ring most closely resembles the Norisring. And there we struggled quite a bit this year. Still, we’ll try to take the positive momentum from the last races with us to Spielberg and to deliver another top result again. If we could keep the title race open until Hockenheim that would be great for all DTM and Audi fans.”

To achieve this feat, all other five Audi drivers would have to be brought up to the level of the reigning champion. “We’re intensively working on this,” says Audi’s Head of Motorsport. “Most recently, René primarily benefited from the fact that he nails down his qualifying laps like nobody else.”

Like they do before any race, the Audi drivers intensively prepared for the upcoming DTM weekend in the simulator. René Rast not only uses the simulator of Audi Sport in Neuburg an der Donau, but also the one of Audi Sport Team Rosberg. “How strong we’ll be at Spielberg is hard to judge after two days in the simulator,” he says. The Red Bull Ring in the picturesque setting of the mountain landscape in Styria numbers among the favorite circuits of nearly all the drivers. The track is located at an altitude of 677 meters with up to 65 meters of differences in elevation and a maximum uphill gradient of twelve percent.”

For Rast’s teammate, Jamie Green, Spielberg is linked to a very special story: In the past two years, he retired twice due to technical issues – while leading the race. “Maybe this year Jamie will break his duck at Spielberg of all places,” says Gass. “Plus, Loïc (Duval), Nico (Müller), Mike (Rockenfeller) and Robin (Frijns) have all shown on several occasions this season that they’re in contention at the very front as well if everything fits.”

Tickets for the DTM weekend are available online at www.audi.com/dtm. SAT.1 will air live coverage of both races on Saturday, September 22 and on Sunday, September 23, starting at 1 PM (CEST).