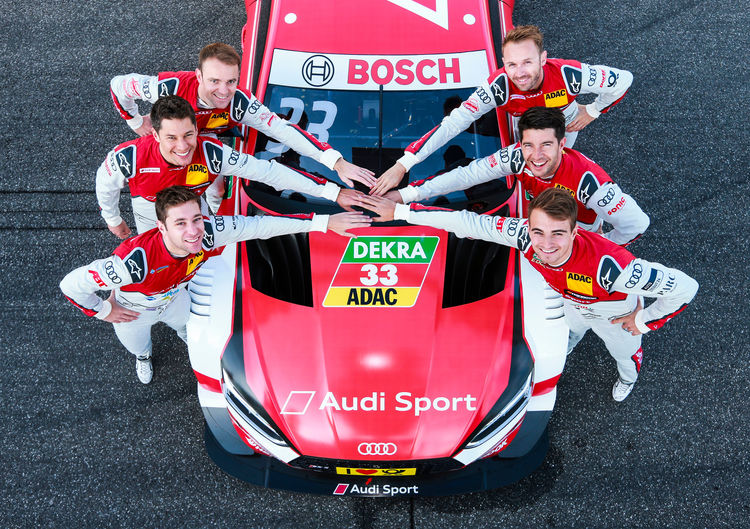 DTM rookie Robin Frijns (26) has left a strong impression in the official pre-season DTM tests at the Hockenheimring. The Dutchman in the Audi RS 5 DTM set the second-fastest time of the four-day tests.

The newcomer from Audi Sport Team Abt Sportsline barely missed the best time posted in the tests by ex-DTM Champion Bruno Spengler in a BMW by only 45 thousandths of a second. “That was a strong lap by Robin,” said Andreas Roos, Project Leader DTM at Audi. “The chase for the ultimately fastest lap, though, was not our top priority this week. We rather tried to make the best possible use of these four days to adapt to the new aerodynamics and the changed setup options, and did so successfully. We tried out a lot of different things. Now we need to draw the right conclusions from the data for the season opener at the beginning of May.”

The three Audi Sport Teams Abt Sportsline, Phoenix and Rosberg, used five race cars and one test car at Hockenheim. “The test was promising,” said Robin Frijns. “Following rain during the night from Tuesday to Wednesday, the track was fastest on Wednesday morning. I benefited from this during my qualifying simulations, but the long runs, starting practice and pit stops were very profitable for me too.”

With 303 laps the DTM rookie was also one of the busiest drivers in the DTM field of 18 entrants. In total, the six Audi drivers reeled off 1,477 laps from Monday to Thursday, which corresponds to a total distance of 6,756 kilometers. Aside from a gearbox issue which kept title defender René Rast in the pits for a longer period of time on Tuesday, the Audi RS 5 DTM cars ran without any major problems. The reigning DTM Champion set the day’s best time at the end of the test on Thursday.

“We can be happy with the test,” said Head of Audi Motorsport Dieter Gass. “Our drivers unanimously reported that the car felt good also with the new aerodynamics package. We still hope that all three brands will be close together again. However, we won’t know where we stand compared with the competition before the Hockenheim season opener. In any event, it will be exciting.”

The new DTM season will start – at the Hockenheimring as well – on May 5 and 6. Tickets and Audi fan packages are available on the internet at www.audi.com/dtm. In Germany, the series new TV partner, SAT.1, will air live coverage of the season opener.

Before the season kicks off, the six race cars will be thoroughly checked and equipped with the race engines for the 2018 season by Audi Sport Teams Abt Sportsline, Phoenix and Rosberg. At their home bases in Kempten, Meuspath and Neustadt an der Weinstraße, pit stop practice sessions and final functional checks are scheduled before racing starts in earnest at the Hockenheimring in early May.