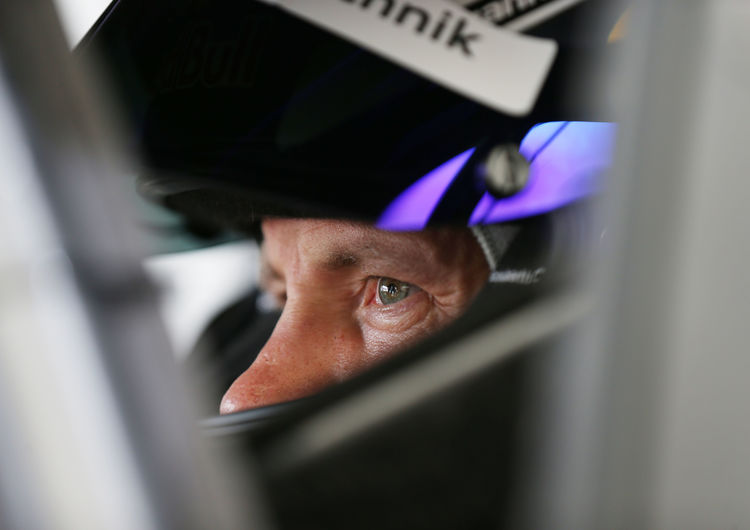 Audi delivered a thrilling battle by Mattias Ekström to the DTM crowd at the Norisring and defended the lead of the drivers’ and manufacturers’ standings – quotes by the Audi squad.

Dr. Wolfgang Ullrich (Head of Audi Motorsport): “TheNorisring weekend was an absolute highlight again. A very large crowd was at the event on both days – like every year, it included a particularly large number of Audi fans and employees. Obviously, they’d have liked to see an Audi win, but due to the high performance weights in our cars that just wasn’t possible. At least, our two best-placed drivers in the standings – Jamie (Green) and Mattias (Ekström) – have scored valuable points, which might be crucial at the end of the season. It was great that, of all our cars, our RS 5 DTM in the 1990 retro design was one of the protagonists in the race on Sunday. I think the fans enjoyed this special feature. All in all, we delivered a great program to the fans at the Norisring – including two fantastic races in the Audi Sport TT Cup.”

Dieter Gass (Head of DTM at Audi Sport): “At the Norisring, the performance weights have a particularly significant impact. As expected, our competitors, especially our colleagues from Stuttgart, took advantage of this. Our drivers really had a tough job this weekend. Two of them were ‘outstanding’ in handling it: Jamie (Green) and Mattias (Ekström). Both of them challenged the laws of physics this weekend: Jamie on Saturday and Mattias on Sunday. It’s a shame that Jamie was deprived of possible further points on Sunday. I don’t agree with the way the Championship leader was dealt with today. Attacking Jamie Green so hard that he had to pit due to a puncture was not okay. Bruno Spengler’s overtaking maneuver against Mattias Ekström was hard as well, but fair. That’s the kind of racing the fans would like to see.”

“The second race was a thriller. The battle for position three was fun. Unfortunately, my tires degraded three or four laps before the end under the high weight. That’s why I couldn’t defend my advantage anymore. I knew my limit, made room for Bruno Spengler, and he managed a good maneuver. He was always very fair to me in the past too, so I let him have this chance. He deserves the trophy. I’m not disappointed by the race result at all, because you have to remember how great our disadvantage was in terms of weight. It’s been one of the best races in my career. The race was impeccable and my team found a good set-up.”

“I more or less expected this result. The strengths our car has didn’t pan out at the Norisring. Now, there’ll be different tracks on the calendar. In the first race, it was clear that we’d be seeing many position changes. I was running on slicks, and many of our rivals on rain tires. But on both days it was obvious that you shouldn’t take too many risks on this track. Unfortunately, that could also be said about a rival that hit my car so hard that I had a puncture. I’d obviously like to battle for victories, but leaving Nuremberg as the leader of the standings is a positive. At Zandvoort, I’m going to battle for victory again.”

“City street circuits suit me well, that’s why I’m disappointed that it didn’t go better for us. Obviously, the weight didn’t help us at all. But we also have to analyze within the squad why we didn’t show a solid team performance. It’s hard for me to immediately come up with a reason why we weren’t more competitive. But I’m sure we’re going to see a completely different picture at Zandvoort in two weeks from now. Plus, I’m happy about contesting a race weekend in the Audi R8 LMS Cup in Taiwan in between.”

“We arrived in Nuremberg and knew how much we’d be suffering under the high weight. Still, we need to be self-critical because we saw that our brand colleague Mattias Ekström was able to fight a very good battle in spite of this disadvantage. On Saturday, I was running well on a wet track, but when it dried off we weren’t fast enough. On Sunday, grid position 19 was the best we could do. In the race, I was a little surprised about how early António Félix da Costa braked. Still, hitting him was clearly my mistake. Fortunately, his car only had minor damage, while I was forced to retire. I’d have liked to make a better showing for our partner Schaeffler in our home race. It was great that Ms. Schaeffler took the time to visit us at the race track.”

“Following what was less than a perfect start of the season for me, I was set on scoring my first points of the year at the Norisring. In view of the performance weights, that was arguably not the best weekend for it, but I still gave my best. On Sunday, I was the second-best Audi driver and am relatively happy as far as that’s concerned. But the next time I’m the second-best Audi driver, I’m hoping to be on podium. Plus, I’m hoping that the BMW drivers won’t drive as aggressively again as they did at the Norisring. I always try to overtake without contact. That wasn’t the case with the BMW drivers this weekend.”

“My weekend began with difficulties and ended the same way. On a wet track, I was in the top five, but in qualifying the track dried off and I made a mistake. On Sunday, our performances were way off the mark. There was nothing we could do in qualifying and in the race we weren’t in contention for points either. That’s frustrating. Some of our team-mates made major changes to the set-up from Saturday to Sunday. Normally, you don’t immediately hit the bull’s eye when you do that, but this time it was different. We learned something that, hopefully, we’ll be able to convert into results at Zandvoort.”

“My first two laps weren’t too bad. I made up a few places and the duels were fun. When you don’t have a lot of time under your belt in the DTM, it’s important to come out on top in mid-field position battles as well. But it’s also clear that we weren’t fast enough this weekend. Maybe the track characteristics don’t suit us so well, plus there was the weight. I’m looking ahead now and am excited about Zandvoort. That’s a really cool track.”

“Unfortunately, my weekend wasn’t so good. In the first qualifying session, I was the second-best Audi driver in ninth place. That was my best qualifying at the Norisring since I’ve been racing in the DTM. Unfortunately, a rival caused me to spin in the first race right in turn one. In qualifying, I didn’t manage setting a good lap time. I used the race as a test to work on my driving style and to try out something on the car as well. For Zandvoort, I’m optimistic. In eighth place in the Championship, I’m currently the fourth-best Audi driver.”

“We scored points at the Norisring and are leaving Nuremberg with Jamie (Green) as the leader of the standings. That’s equally positive as the fact that Jamie, in spite of the high weight on board, was very fast in qualifying, which gave him a good starting base. Unfortunately, rivals got in his way on lap one in both races, otherwise he probably could have done better. Nico (Müller), like many of his brand colleagues, was struggling with the additional weight and was only able to show his potential now and then. Now, we can unload weight, so I’m confident that we’ll be able to take full advantage of our strengths again at Zandvoort.”

“For the DTM it was a tremendous weekend in front of a fantastic crowd, but for our team it was one of the toughest ones in a long time. It’s pretty frustrating having to fight with dull weapons due to the performance weights – especially in our home round in front of our fans. Still, everyone in the team gave their best and twelve hard-earned points are the reward. Mattias (Ekström) surpassed himself again on Sunday. He had the fastest Audi in the field. That’s what we want to give him again at Zandvoort. It’s one of our favorite tracks and a good opportunity to strike back.”

“Knowing that we’d have this high weight, it was clear that the battle for victory would be hard for Audi. But we also have to admit that at the Norisring we didn’t manage to repeat our good team performance from the past races. We need to improve in this before Zandvoort. We’ll be able to unload ten kilograms from each of our two race cars. That puts us on the same weight level as Mercedes, while BMW still has a small advantage. I’m expecting a lot of suspense in the next two races and a balanced battle. After the first third of the season, Audi is at the top of the standings. The RS 5 DTM remains the car to be beaten.”