Skip to content
We are using cookies for a better user experience.
10/08/18
Neuburg a. D. Donau/Hockenheim
Sports 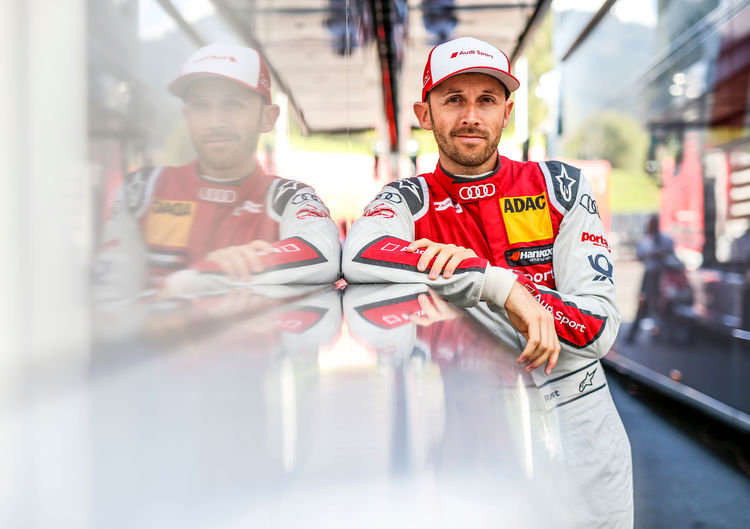 Audi Sport is going for broke at the DTM finale at the Hockenheimring on 13/14 October. Audi driver René Rast still has an outside chance of successfully defending his title. A place among the top three in the overall standings is already certain for the reigning DTM champion.

The 31-year-old German from Audi Sport Team Rosberg is the man of the moment in the DTM. With his four straight wins recently, he thwarted an early title decision. At the finale in Hockenheim, he could still overtake the two Mercedes-Benz pilots Paul Di Resta and Gary Paffett on the final stretch of the championship. “Okay, I’m an outsider and it’s extremely unlikely that we’ll take the title,” says Rast, “but really, anything can happen in the DTM, especially at the final round. We’ve already achieved our aim for the season and we’ve got nothing to lose. The pressure is definitely on Paul and Gary.”

At the previous nine races, Rast earned an average of 19.5 points per race, slashing the gap in the overall classification to 30 points. 56 points are still up for grabs at Hockenheim: 25 for each win, three for each pole position. If Rast collects full points on Saturday, the title will only be decided on Sunday – regardless of his title rivals’ results. If Di Resta and Paffett go home empty-handed, Rast has to earn at least two points on Saturday.

A look in the DTM history books shows that Rast holds good cards. Since 2014, Audi achieved five of the six possible wins on the final weekends at the Hockenheimring. An Audi driver has claimed the DTM title at the last round of the season six times – last year it was René Rast. The last successful title defence in the DTM was ten years ago with the former Audi driver Timo Scheider.

“After our difficult start to the season we didn’t expect to be fighting for the championship at the end,” says Head of Audi Motorsport Dieter Gass. “It’s thanks to René and especially to our team that we’re still in the running. They never gave up. We have continued to improve the Audi RS 5 DTM within the limited parameters of the regulations. Our motto for the finale can only be: all in! If René’s winning streak continues, anything is possible. Many forget that he was on the first grid row at the opening round in Hockenheim. And at that time we were not optimally positioned after the rule changes.”

Hockenheim hosts the very last fight for the DTM title between drivers from Audi and Mercedes-Benz. The duel between the premier manufacturers has shaped the touring car racing series for 22 years – particularly in the years 2006 to 2011 when no third manufacturer contested the series. Four drivers’ titles went to Ingolstadt during this time, two to Stuttgart.

To bid farewell to Mercedes-Benz from the DTM, all six Audi RS 5 DTM will compete with the words “SEE YOU!” with the letter “O” as a star. “Mercedes-Benz was always an extremely strong rival that pulled out all stops,” says Head of Audi Motorsport Dieter Gass. “It’s a pity that the Mercedes star is now extinguished in the DTM, because we think the racing series has a great history and a lot of future potential. We can hardly wait to compete from 2019 with the cutting-edge, even more powerful turbo engines.”

The two final rounds of the 2018 DTM season take off on Saturday and Sunday at 13.30 CEST. SAT.1 broadcasts both races live from Hockenheim from 13.00 hours. Tickets for the final race weekend are available online at www.audi.com/dtm. Students are admitted free. On Saturday evening, a Disco Boys concert will be held on the show stage in the paddock from 19.00 hours. Many DTM fans are also looking forward to the Touring Car Classics event and the first GT4 Sprint Cup Europe race run as support to the DTM.