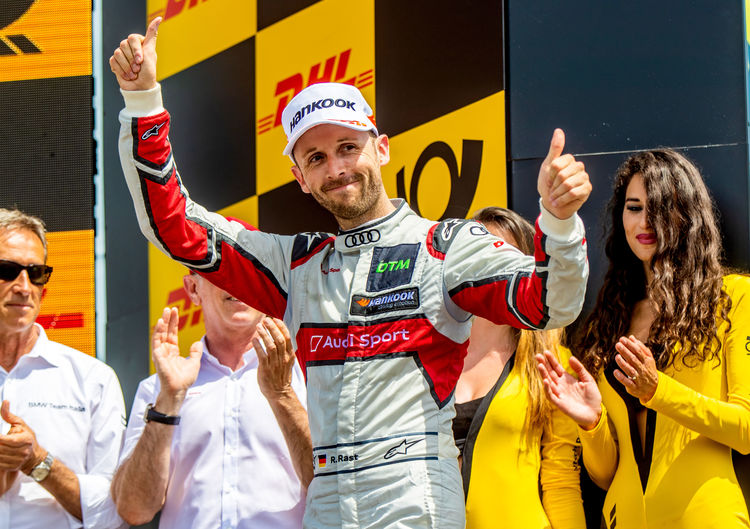 Following the fire of a team truck after the race at Zolder, the team from Neustadt an der Weinstraße had to digest another piece of bad news. Jamie Green had to skip Misano due to an appendectomy and was replaced on short notice by Pietro Fittipaldi. After eleventh place on Saturday, the grandson of two-time Formula One World Champion Emerson Fittipaldi on Sunday, in his first assignment for an Audi factory team, in fifth position scored the best result in his still young DTM career. “The team did a fantastic job,” said Fittipaldi. “We made some changes overnight that worked well. It was an outstanding experience to race for Audi Sport Team Rosberg and to be René Rast’s teammate for a whole weekend.”

The 2017 DTM Champion showed an impressive performance once again at Misano. The German secured pole position on both days, and thus scored a total of six additional points. On Saturday, he clinched pole position with just one set of tires.

Even so, Rast was not able to win either of the two races. A possible victory on Saturday was prevented by a safety car deployment. On Sunday, Rast lost the lead and the chance of victory due to a puncture. “Afterwards, I wasn’t able to get the second set of tires to really work in traffic. Third place is good for the championship, but this wasn’t the best race for me today,” said Rast.

Rast took the lead of the DTM drivers’ standings at Misano on Saturday, and on Sunday extended his advantage to ten points. In the teams’ classification, Audi Sport Team Rosberg ranks in the top spot as well.

“René, as always, was sensational,” said Team Principal Arno Zensen. “Pole sitter twice and race leader twice – he would have deserved victory on both days. Pietro made us very happy too. Even so, all of us in the team of course are hoping for Jamie to be fit again soon.”