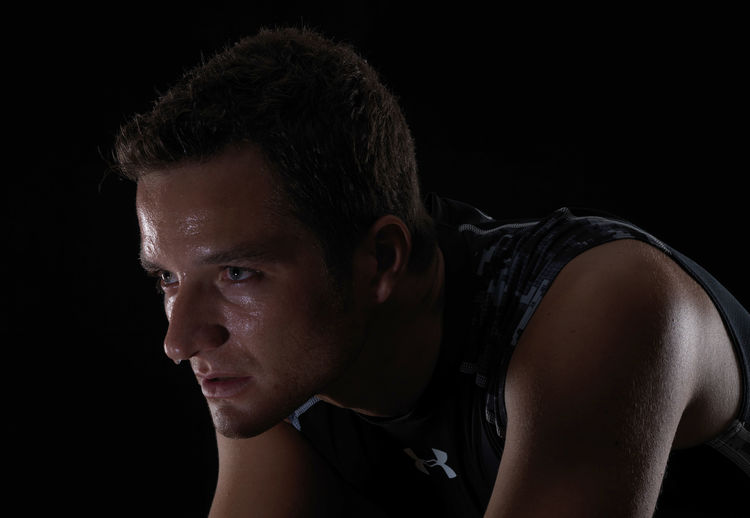 The DTM Champion in flat-out mode: after two consecutive DTM triumphs Timo Scheider has spent the past few months preparing for the title defense. The most recent item on the agenda of his sporting high-altitude flight: a sky diving training session.

Free flight in the wind tunnel: at an indoor sky diving session the Audi “factory” driver learned how to float in the vertical wind tunnel – the most recent of many stations on his way to defending the title again. “That was a completely new kick,” says Scheider. “I really had butterflies in my stomach.”

Since 2008, the Audi “factory” driver has won the DTM two consecutive times. Is this reason enough to make an even greater effort of physically and mentally preparing for the new season? “If something has been working well, you shouldn’t change it,” he answers. “I’m as physically fit as ever. And the second title has boosted my mental strength yet again. This affects my self-confidence when making decisions. My ability to make quick and sound judgments has improved, which is very helpful in racing.”

The 2010 season is starting with a lot of known as well as a few unknown quantities for the German. For example, his Audi A4 DTM – like all other vehicles – could not undergo further development due to the regulations. “Still, it was a new feeling when I was sitting in the car at Valencia,” says the champion. “Being out on a new track with new ideas for the set-up makes a difference. The new Dunlop tire generation makes you feel a change as well. With the stiffer sidewalls on the rear wheels the car handles more calmly in fast and semi-fast corners, which suits my driving style.” Working with a new race engineer this season marks another change. Armin Plietsch, Scheider’s previous race engineer, is now the new Project Manager Technology DTM at Audi. Pascal Zurlinden took his place as Scheider’s race engineer. “I celebrated my biggest exploits with Armin,” says Scheider. “It’s a shame that this combination no longer exists but it’s nice that we and Audi get to keep him as project manager. Everyone will benefit from this. I noticed Pascal’s positive traits a while ago. He’s extremely motivated, pushes me and has an enormous will to succeed. He’ll give everything to make it possible for me to win a third consecutive title.”

The title fight project is a major effort – and even more so when tackling it for the third time in a row: pleasure or pain? “At this stage of the game, it’s turned into pleasure again,” comments Scheider. “After the second title win my batteries were pretty low. But then I kept hearing people say, “Now you can make history with a third title! I’m fully motivated and really look forward to 2010!”

The strenuous hurdle run toward the title includes ten race dates between April and October. “The events I look forward to the most are Zandvoort and Hockenheim,” says the 31-year-old professional racer. And adds a special aim: “Audi has won the title three consecutive times and a total of four times in the past six years. But there’s still a small wish left: we want to win our home round at the Norisring. Some time ago we captured Hockenheim, a years-long stronghold of our rival Mercedes-Benz. We should be able to do that at the Norisring now as well.” Scheider has no doubt that the rivals in the battle for exploits will be aplenty: “Within my own ranks I’ve had very strong colleagues for years and in Oliver Jarvis we’ve got an up-and-coming driver who is hungry for success. From the other camp, Gary Paffett and Paul Di Resta will surely be powerful opponents. And we shouldn’t underestimate the year-old cars either: with the rating that’s currently being contemplated we can bet on them being good for a couple of surprises.” This promises to make for a highly thrilling 2010 season.

A video clip with Timo Scheider on the 2010 DTM is available for download and free use on the internet at http://news2use.tv/category/393