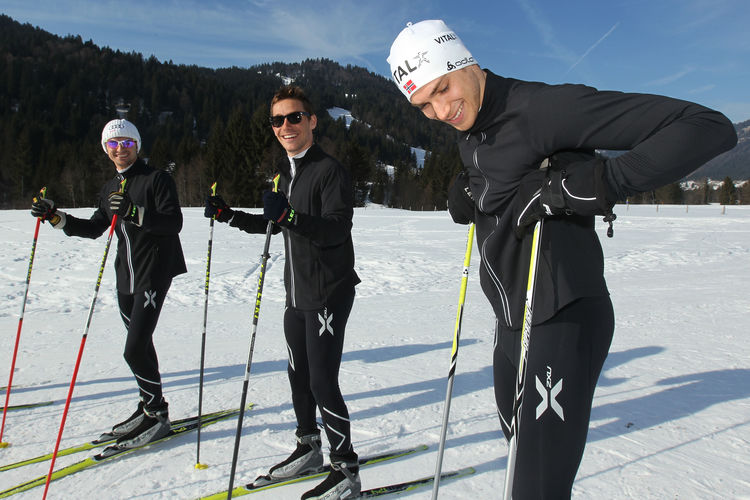 For the first time since the 2007 season Audi Sport Team Rosberg has a completely new driver line-up: The Portuguese Filipe Albuquerque and Italian Edoardo Mortara – both DTM debutants – fight for the honor of best newcomer alongside several other competitors in 2011. Team Boss Arno Zensen has already achieved an important goal with this driver combination before the start of the season.

“After it was clear that both of our cockpits would be taken by new drivers this year I can only say that this is exactly my dream combination. So, before the first race one wish has been realized,” says a delighted Arno Zensen. “I was very pleased by the two race drivers during the first tests. I was impressed by the way they work and their speed on the track. Both guys are on the attack and felt at ease in our team immediately.”

The new beginning gives the team from Neustadt an der Weinstraße a great opportunity: With only seven points last year the team did not meet its own expectations by a long way. “All the employees are impressed by our drivers and feel a new drive,” reveals Arno Zensen.

Both drivers are also just as hungry for success as the men and women behind them. “It’s a really professional team. Even though I’m just a rookie they are all very motivated,” sensed Filipe Albuquerque when he first visited the team for a seat fitting. He works together with race engineer Karl Jennings at the track, one of the original members of Team Rosberg.

Edoardo Mortara, who has both Italian and French nationality and competes under the Italian flag, is of a similar opinion: “The team has an infrastructure and the conditions for success. Now we have to implement this all together. I’m interested to see just how well we will succeed in our first year.” The Italian’s black Audi A4 DTM is run by engineer Andreas Roos who has also assumed the role of Technical Director at Audi Sport Team Rosberg this year.

While Mortara and Albuquerque are new to the team and DTM, a parallel career and great victories unite the newcomers: They have already proved their skills over a full season by winning championship titles in formula cars. With Mortara’s two consecutive victories in the Formula 3 GP in Macau and Albuquerque winning the Race of Champions against the likes of Sebastian Vettel and Sébastien Loeb last December outstanding single wins are also a part of both athletes’ biographies.

“We’ve known each other for ages,” says Albuquerque. “We always came across each other in the karting days and in Formula Renault. Edo is a very strong driver and already knows the ITR event format through the Formula 3 Euro Series. I think we can push each other in a very positive way in order to improve our own performances. It goes without saying that I want to score points, and if possible on a regular basis.  At the end of the day it’s all about who will be the best driver of a car from our model year.”

Mortara, winner of the Formula 3 Euro Series last year, defines his aspirations a little more cautiously: “I’ll set myself goals from race to race. To start I have to get a clear impression of the relative strengths in the DTM. Even the first DTM test gives at most just a hint, but will still not be the benchmark.”

Arno Zensen is already convinced today just how the season will go: “Edoardo and Filipe are two raw diamonds. I’m very thankful to be able to work together with them. The two guys have already shown in their careers just what they are capable of. So, we have to be successful and we will be.” Team Rosberg was the best Audi team running year-old cars for the last time in 2006. At that time Timo Scheider drove for the team, the Rhinelander then made the step up into a current generation car and won two championship titles with Audi. In 2007, Mike Rockenfeller clinched a podium finish in his second race with Team Rosberg in a year-old car and since the start of this year is one of the lead drivers for Audi in the DTM.