Skip to content
We are using cookies for a better user experience.
04/30/18
Neuburg a. d. Donau
Sports 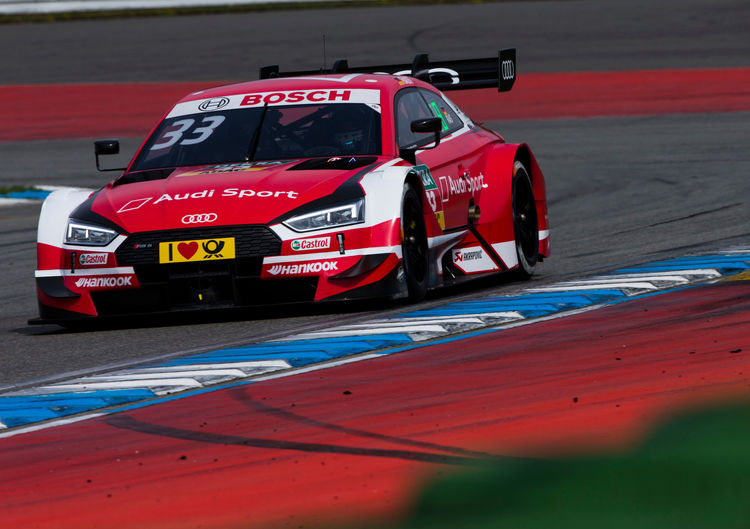 The DTM fans’ long wait is ending. This weekend, the new season will kick off at the Hockenheimring. Audi Sport will be on the grid with the Audi RS 5 DTM and as the title defenders in the drivers’, manufacturers’ and teams’ classifications. This means that Audi Sport will be the hunted in all three championships.

Exactly 202 days will have passed between the 2017 DTM finale and the first race in 2018 that will start this Saturday at 1.33 PM (CEST) and be broadcast live on SAT.1 for the first time. “The DTM season is very compact and the winter break is long,” says Head of Audi Motorsport Dieter Gass. “It’s high time for events to start again. We expect an extremely thrilling season in which everyone, following the discontinuation of the performance weights, will strictly be racing flat-out – exactly what way fans like to see. For me, there are no real favorites.”

The cards were reshuffled in winter. Audi, BMW and Mercedes-Benz are going to race with specification aerodynamics, further reduced downforce and fewer suspension setup options. “I expect the field to move even closer together,” says reigning DTM Champion René Rast. “I’m excited to see if we drew the right conclusions from the pre-season tests and where we stand compared to the competition. In any case, it’s a great feeling to travel to the season opener at Hockenheim as DTM Champion.”

Audi Sport intensively prepared for the new DTM season for nearly seven months. Starting this weekend, drivers and teams will be in the limelight again – and more than ever before. In Germany, the series’ new TV partner, SAT.1, is now going to air live coverage of the DTM. Airtime will begin half an hour before each race is started, so providing TV viewers with more intensive insights behind the scenes.

Since last season’s finale, a number of changes have taken place in Audi Sport’s DTM squad as well. René Rast is driving a red Audi Sport RS 5 DTM this year. Mike Rockenfeller’s Schaeffler Audi RS 5 DTM appears in white-green for the first time. Nico Müller (Castrol EDGE) and Loïc Duval (Audi Sport) are racing with new sponsors as well and both also have new race engineers. Robin Frijns (Aral Ultimate) is the new rookie in the team and has previously left a strong impression during the official DTM pre-season tests. Andreas Roos is the new Project Leader DTM at Audi Sport. A constant in the Audi lineup is Jamie Green who most recently finished in the top three of the championship three times in succession. The Briton will again be racing in the orange Hoffmann Group Audi RS 5 DTM and with his squad from Audi Sport Team Rosberg.

A special appearance at Hockenheim will be made by Mattias Ekström. The most successful Audi DTM campaigner of all time is going to drive a seventh Audi RS 5 DTM outside of the classification, saying goodbye to the DTM fans in two final races. In 2018, the Swede intends to fully concentrate on his commitment in the FIA World Rallycross Championship (World RX).

Ekström’s Red Bull Audi RS 5 DTM is Audi Sport’s test car. For his guest run, ten additional mechanics from Audi Sport and ABT Sportsline will be deployed. The pit stops will be performed by the crew of Frijns and Müller. The race engineer will be Markus Michelberger who used to work with Miguel Molina in the DTM and is currently the responsible engineer of title defender Lucas di Grassi in the Formula E electric racing series.

SAT.1 will start airing live broadcasts from Hockenheim on Saturday and Sunday (May 5/6) at 1 PM (CEST). Tickets and Audi fan packages are available on the internet at www.audi.com/dtm.