Double disappointment for Audi in Chile 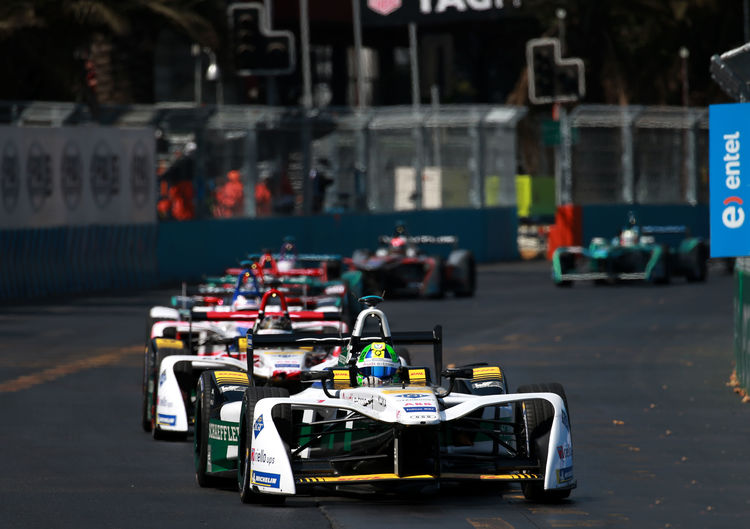 The Formula E electric racing series on kicking off its Latin America tour celebrated a spectacular premiere which ended, however, in double disappointment for Team Audi Sport ABT Schaeffler: Daniel Abt and Lucas di Grassi both retired from the race.

Title defender Lucas di Grassi fought back from 13th on the grid to sixth position in the first half of the race. However, immediately following the car change halfway through the race, the Brazilian had to park his second Audi e-tron FE04 in the pits due to power loss.

His teammate, Daniel Abt, who had started the race from ninth position on the grid, was hit on the rear wheel by Nick Heidfeld shortly after the start. The rear suspension of his Audi e-tron FE04 was broken in the incident. Abt had to switch to his second car after only seven laps and subsequently stopped early because due to his extremely early pit stop the energy would not have been sufficient for him to finish the race.

“I’ve been in racing for many years: Sometimes it goes with you and sometimes everything goes against you – the latter is certainly the case with us at the moment,” Team Principal Allan McNish said after the race. “Two retirements today for different reasons is extremely disappointing. But we know that’s how it goes in racing sometimes. Daniel was unfortunately hit on lap one. Lucas drove a strong race and suddenly had no power anymore after the pit stop. We don’t know the reason yet.”

The next E-Prix will be held on March 3 in Mexico City. Last year, Lucas di Grassi won there after a spectacular comeback drive.