Skip to content
We are using cookies for a better user experience.
05/19/19
Zandvoort/Neuburg a. d. Donau
Sport

Disappointment for Audi in FIA WTCR at Zandvoort 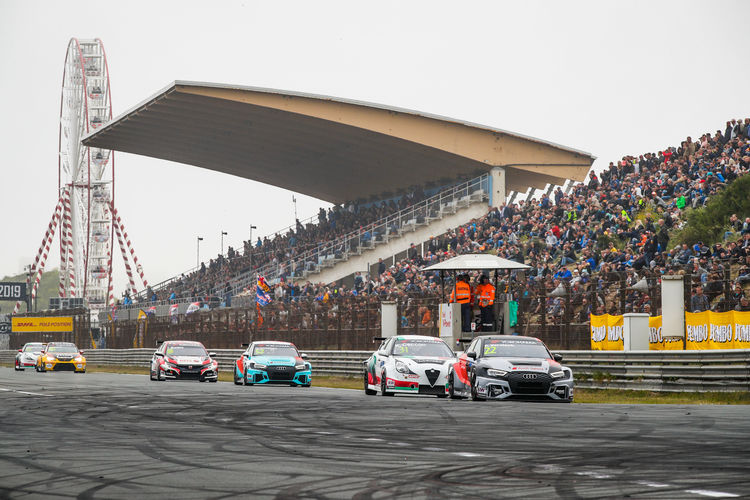 Following Audi Sport customer racing’s first victory this season in the third round of the WTCR – FIA World Touring Car Cup a week ago, the squad was hoping to score further good results on the race weekend at Zandvoort. However, in the end, ninth place claimed by Frédéric Vervisch from Comtoyou Team Audi Sport marked Audi’s best result on the Dutch North Sea coast.

“On each of the first three race weekends, we scored an average of 67 points and at Zandvoort, only nine,” said Chris Reinke, Head of Audi Sport customer racing. “Actually, this track suits the Audi RS 3 LMS, as our victories last year with Jean-Karl Vernay in the FIA WTCR and Niels Langeveld in the ADAC TCR Germany showed. However, the factors that rate all the race cars affect each brand to varying degrees weekend after weekend. Just a week ago, in Slovakia, we were able to win, but in the race in the Netherlands we had no chance.”

In the first race, Belgian Frédéric Vervisch from Comtoyou Team Audi Sport in the best Audi RS 3 LMS improved from twelfth on the grid to ninth position. His teammate, Niels Langeveld, in his home round achieved 15th place after having started from 19th on the grid. Leopard Racing Team Audi Sport with Gordon Shedden took position 17, and 22 with Jean-Karl Vernay following a penalty. In qualifying on Sunday for the second and third race, all 26 entrants were within one second of each other. Grid position 15 for Jean-Karl Vernay was the best result scored by an Audi Sport driver. Niels Langeveld achieved position 18, Frédéric Vervisch started two positions behind him, and Gordon Shedden from 26th place. As a result, points-finishes were out of reach even for three of the four drivers. Only Jean-Karl Vernay scored one point for 15th place in the second race.

After this setback at Zandvoort, Audi Sport customer racing is going to fully focus on its home round at the Nürburgring. In five weeks’ time, the WTCR – FIA World Touring Car Cup will already have reached the season’s midpoint. In the Eifel, the fifth in a total of ten events is coming up and Niels Langeveld, Gordon Shedden, Jean-Karl Vernay and Frédéric Vervisch intend to demonstrate the qualities of the Audi RS 3 LMS on the challenging Nordschleife.