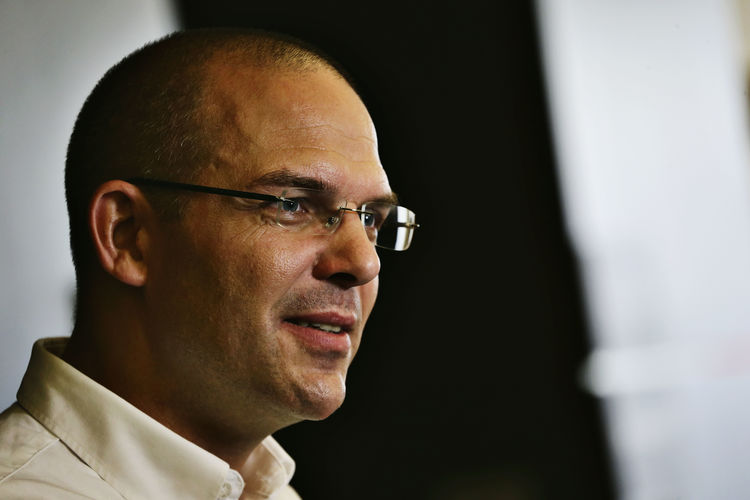 Be it in his role as a manager at Audi Sport, in dealing with the race drivers or serving as an interview partner for the media: Chris Reinke, who heads up Audi Sport’s Le Mans Prototype (LMP) department, is a man in demand in the paddock of the FIA World Endurance Championship (WEC) and at the season’s pinnacle event – the Le Mans 24 Hours.

His contagious laughter belies the intensity of his everyday work. As Head of LMP Reinke is responsible for the entire sports prototype program involving the Audi R18 e-tron quattro and reports directly to Head of Audi Motorsport Dr. Wolfgang Ullrich. “This is a full-time job with major responsibility in which I can rely on a strong and well-practiced team,” says Chris Reinke in outlining his work. “Still, there are imponderables to contend with now and then, for instance due to time-related or logistic conditions and technical challenges.”

The major tests, all the races, the routine work in relation to the current program, the exchange with a large team of employees and the simultaneous need to deal with basic issues and forward-thinking technology – they all amount to a massive workload. And it encompasses a lot more than what the scope of his studies covered. Chris Reinke has a master’s degree in vehicle engineering and a bachelor’s in composite materials engineering.

The engineer, who is 43 years old now, has been with Audi Sport since 2004. His career has taken him from the design department for chassis structure and bodywork via technical project management to overall project management for the Le Mans prototypes, which he assumed responsibility for in 2013. “In the WEC, the competition has become tougher, better, more demanding and more effective in terms of public visibility year by year. That’s a challenge which is great fun and calls for plenty of positive energy,” Reinke is pleased to say, although this makes his everyday work increasingly intensive. To achieve his work-life balance, the father of three daughters preferably spends time with his family or riding his mountain bike to stay fit.