Awards for Audi in January and February 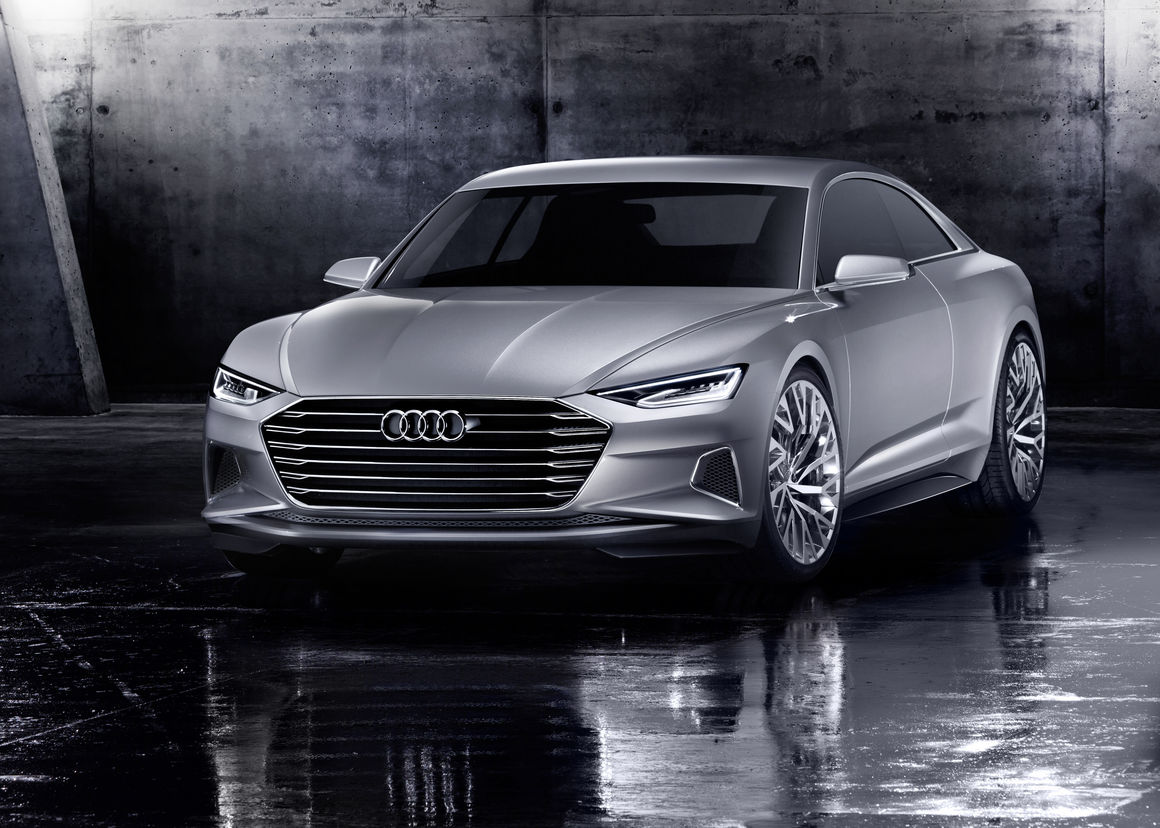 Multiple prizes for Audi at the “iF Design Awards”
16 prizes for Audi at the “iF Design Awards”. Audi has won the awards for the Showcar Audi prologue, the Audi TT*, the Audi 2013 Annual Report, the Audi ArtExperience brochure and the Audi eKurzinfo logbook app, among others. The Leica T camera, by Audi Design, even won the “iF design award” in Gold. The camera’s impressive design is distinguished by its clean lines, smooth surfaces and reduced shapes. An international panel of experts acting on behalf of the iF International Forum Design GmbH selected their favorites from more than 4,500 submissions. (February 27, 2015)

DEKRA Used Car Report: Victory for Audi A1*
For the second time in a row, the Audi A1 has received the prize for the best mini/small car from the DEKRA Used Car Report. The rating is based on the data from 15 million general inspections. (February 26, 2015)

Auto Zeitung: Audi is the “Top brand in 2015”
Auto Zeitung has named Audi the “Top brand in 2015” in the category “Multimedia and Connectivity.” The editors asked the magazine’s readers to select their “top brands” from a total of 20 automotive categories. For the first time, the categories this year included “Carsharing” and “Connectivity & Multimedia.” More than 9,400 readers participated in the voting. (February 25, 2015)

Audi A6* takes first place in the “Consumer Report”
For the third year in a row, the Audi A6 is the number one “Luxury Car” in US Consumer Report. Each year, around four million US drivers vote on the satisfaction with their vehicles. (February 24, 2015)

Audi A3 Sportback e-tron* wins the “Marcus Award” in Austria
Clean performance: The Austrian Automobile, Motorcycle and Touring Club has given the Audi A3 Sportback e-tron the “2015 Marcus Award” in the category of “Trendsetter.” The Audi A3 e-tron is the first plug‑in hybrid from Audi. It combines sporty power with impressive efficiency and abundant driving enjoyment with unrestricted everyday utility. (February 20, 2015)

Victories for Audi A6 and A1 at the “Blogger Auto Award”
Audi is one step ahead in two categories among online multipliers: The Audi A6 is the darling of the upper midsize car bloggers. The Audi A1 speaks for itself among small cars. Each year 25 German-speaking car bloggers choose the best cars in various segments. (February 10, 2015)

Audi A3 Sportback e-tron is “Wertmeister (Value Champion) of 2015”
The Audi A3 Sportback e-tron is the most stable car in its segment when it comes to value. That was the conclusion drawn by Auto Bild and the market research institute Schwacke. The A3 e-tron stands out with the best residual value forecast among compact cars, receiving the title “Value Champion of 2015.” (February 5, 2015)

Thumbs up for Audi
Facebook, YouTube, Twitter, and more – Audi is a particularly active communicator in social networks. This also pleases the users: 1.5 million Facebook fans of Audi Germany like, share, and comment on Audi’s contents. Indeed, among the German car makers the Four Rings receive the highest attention and most approvals from users. Audi Germany’s YouTube channel also has the most subscribers, numbering 440,000. This was the result of an analysis by the marketing agency Webguerrillas, as reported by Wirtschaftswoche. Audi scores so high mainly due to fast response times and regular posting of items in the portals. (February 2, 2015)

Two wins for Audi in “Best Cars of 2015”
Audi has taken two overall victories in this year’s “Best Cars” survey. The Audi A1 has won in the “Small Car” category. The Audi Q3* came out on top in the “Compact SUV” category. Readers of auto motor und sport could choose from a total of 386 models in eleven categories. (January 29, 2015)

“What Car? Award”: Triple victory for Audi
Audi has cleaned up at the award ceremony of this year’s “What Car? Award.” The UK magazine “What Car?” has named the Audi TT the “Coupé of the Year,” the A3 Sportback e-tron won in the “Electric Car” category and the A3 Cabriolet* secured first place in the “Cabriolets” category. (January 8, 2015)