Skip to content
We are using cookies for a better user experience.
08/18/20
Neuburg a. d. Donau
Sports

Audi with twelve experienced drivers at the Nürburgring 24 Hours 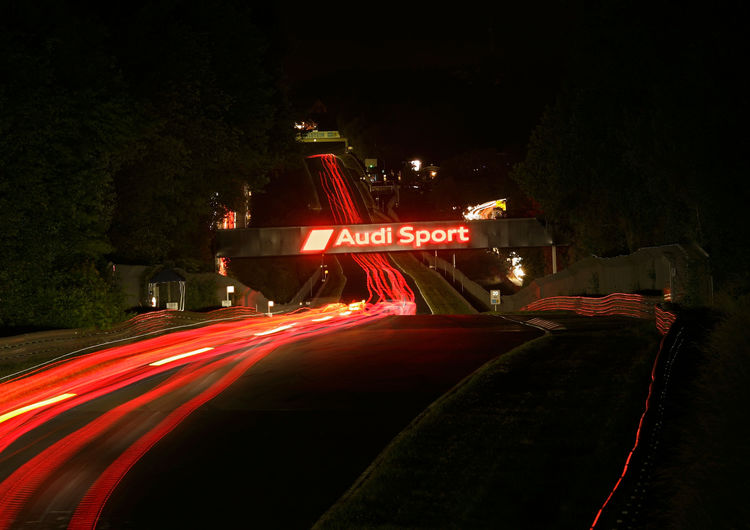 When the starting lights for the Nürburgring 24 Hours go out on September 26, Audi Sport wants to fight for the sixth overall victory with a strong line-up. Since the beginning of the customer racing program in 2009 the brand has already won the endurance classic five times with the GT3 sports car Audi R8 LMS. No other manufacturer was as successful in this era.

A total of twelve experienced professional drivers who compete for Audi in DTM, Formula E and customer racing share the three cockpits. Nine of them have already won the world’s biggest car race with the R8 LMS. The race has a track length of 25.378 kilometers and about 150 participants every year. Markus Winkelhock is the most successful of them with three victories. As in 2019 he shares the work with two-time winner Christopher Haase in the Audi Sport Team Car Collection. In addition, new signing Mirko Bortolotti and DTM driver Robin Frijns are also on board. Peter Schmidt’s outfit was an Audi Sport Team in the Eifel race for the first time last year and immediately finished third.

Audi Sport Team Land won the Nürburgring 24 Hours for Audi in 2017. This year, the squad of Wolfgang and Christian Land will compete with DTM Champion René Rast and Kelvin van der Linde. Each of them has already won the race once. They alternate in the cockpit with two-time winner Christopher Mies as well as junior driver Mattia Drudi.

Audi Sport Team Phoenix, based in Meuspath within sight of the Nürburgring, has already triumphed five times at its home race, including three times with Audi – most recently in 2019. With two-time winner Frank Stippler as well as Dries Vanthoor and Frédéric Vervisch, team boss Ernst Moser has three of last year’s four winners on board. Nico Müller, 2019 DTM runner-up and 2015 winner of the Nürburgring 24 Hours, completes the driver quartet.

The Audi Sport Teams at the Nürburgring 24 Hours