Audi with “Dream Team” at the Dakar Rally 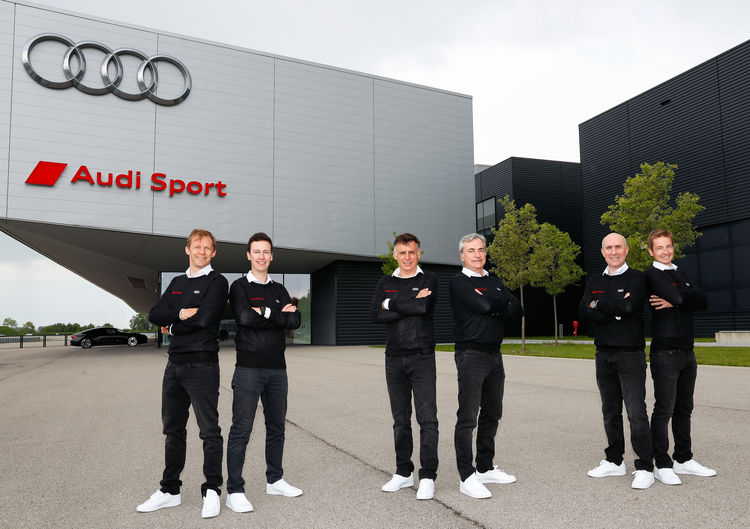 Audi is the first car manufacturer to fight for overall victory in the famous Dakar Rally with an electrified powertrain, thus also heralding an energy revolution in cross-country rallying. Audi Sport has succeeded in recruiting three illustrious driver teams for the ambitious project.

Mattias Ekström/Emil Bergkvist (Sweden), Stéphane Peterhansel/Edouard Boulanger (France) and Carlos Sainz/Lucas Cruz (Spain) will compete for Audi in the world’s toughest rally from January 2 to 14, 2022. “It’s no exaggeration to speak of a ‘dream team’,” says Julius Seebach, Managing Director of Audi Sport GmbH and responsible for motorsport. “Stéphane is the most successful Dakar driver of all time. Carlos is a multiple Dakar winner and World Rally champion. With Mattias, we already celebrated many Audi successes in the past. He is one of the world’s most versatile drivers. In addition to a lot of speed, they are all adding an extreme amount of expertise and motivation to our team. The same goes for their co-drivers, who play an increasingly important role in the Dakar Rally.”

“In the end, the drivers and co-drivers make the difference at the Dakar Rally,” says Andreas Roos, who is responsible for the factory motorsport commitments at Audi Sport. “The fact that we will have three driver teams at the very highest level is reassuring. We can put a check mark behind this point. Now it’s up to us to complete the development of our innovative car and kick off the energy revolution in cross-country rallying in January.”

“At the Dakar Rally, teamwork and reliabilty are crucial,” says Sven Quandt, team principal of Q Motorsport. “You need a well-bonded team, a super reliable car and reliable driver teams. You can’t permanently drive at the limit in the Dakar Rally. The right strategy is crucial. I’m very happy that we will have three renowned and strong teams competing for us. We know their qualities very well.”

Mattias Ekström (42) has spent almost his entire career under the banner of the four rings, particularly in the DTM, where he won the title twice with Audi (2004 and 2007). The Swede underlined his versatility by winning the World Rallycross Championship in 2016, as well as successful stints in the World Rally Championship, NASCAR and in Australian Supercars. In 2021, he is competing for CUPRA in the new Extreme E electric off-road series. Earlier this year, he also made his debut in the Dakar Rally.

“The Dakar will definitely be one of the most exciting adventures of my career,” says Ekström. “To be able to tackle this exciting project together with the team, with which I celebrated my greatest successes, is fantastic. Although I’ll be turning 43 this year, I feel like a junior compared to Carlos and Stéphane. In this sport, you need a lot of experience in all areas. I still have a lot to learn, but I’m really looking forward to it.”

Mattias Ekström’s co-driver is his compatriot Emil Bergkvist (26), who used to be a rally driver himself. “I come from the same region as Mattias. He has always been an idol for me, every motorsport enthusiast in Sweden knows him,” says Bergkvist. “When I stopped driving, I called him and asked if I could work for his team. Now, I am his co-driver. It’s an honor for me to be able to work with Mattias and be part of this great project at Audi.”

Stéphane Peterhansel (55) is “Mister Dakar” and a living legend in his sport. The Frenchman has won the world’s toughest cross-country rally 14 times, which includes six victories on a motorcycle and eight more in the car category. “I love nature and beautiful landscapes,” says Peterhansel. “At the Dakar Rally, we travel to fascinating places that you would never see otherwise. The Dakar is one of the last adventures in this world. And it is on the verge of a radical change: the future is electric. In ten years, everyone will be driving electric cars. The Dakar is an extreme test for this technology. We want to be the first team to win the Dakar Rally with an electric powertrain. I’m looking forward to tackling this very ambitious project with Audi.”

“A new era is coming. The whole world is moving towards electric mobility and motorsport has to do the same,” says Peterhansel’s co-driver Edouard Boulanger (42). “Audi brings a lot of experience from Le Mans and Formula E and is not starting from zero. History has shown: When Audi does something in motorsport, it does it right. Being allowed to be a part of the Audi squad is another important step in my career and a big responsibility. I don’t want to disappoint expectations.”

The trained engineer has become familiar with the Dakar Rally over many years in various functions. In 2021, he started together with Stéphane Peterhansel for the first time and won the rally outright. “I’ve admired Stéphane since I was a kid,” says Boulanger. “We’ve known each other personally for 13 years and more recently we’ve been working together in the cockpit. He is the best in the sport.”

Carlos Sainz (59) is also a living legend. The Spaniard is a two-time World Rally champion (1990, 1992) and has celebrated three Dakar Rally victories to date: in 2010, 2018 and most recently in 2020 at the premiere in Saudi Arabia. “Even at 59, I’m still hungry, otherwise I wouldn’t have taken on this new challenge,” says Sainz. “Even as a child, it was my dream to become a rally driver. My passion is unchanged.”

The Audi brand has always been something very special for “El Matador”. “The Audi quattro changed the World Rally Championship forever,” says Sainz. “Now we are trying something similar at the Dakar Rally. The engineers have much more freedom in the Dakar Rally than in other racing series. I have full confidence in the Audi engineers and will try to help them with my experience to develop a fast and successful car. The Dakar is the ultimate challenge for an electric powertrain. It is a fantastic, extreme project. I can’t wait to test the car for the first time. What I’ve seen so far gives me confidence.”

Sainz will share the cockpit with Lucas Cruz (46), who was part of one of his countryman’s junior rally teams at the start of his career, before discovering cross-country rallying for himself. “2021 is my 20th year in the sport,” says Cruz. “I have competed in the Dakar Rally with different drivers before Carlos asked me to work with him at Volkswagen in 2009. I would never have dreamed of doing that. A year later, we won the Dakar together for the first time and three times since then.”

“Carlos is super professional,” says Cruz. “He only has one goal: to win. He demands that everyone else is as focused as he is: the mechanics, the engineers, the co-driver. We have a good connection. I’m the calming influence in the car. Working with him is a great pleasure.”

Cruz is also intrigued by the idea of tackling the Dakar Rally with an electrified powertrain. “Audi is the first manufacturer to enter such a car,” says the Spaniard. “It’s important and positive for our sport to take this step and rely on new energies in the world’s toughest motorsport event. It’s very complicated in the Dakar Rally. Audi is daring to do something that no one has done before. It’s the future.”