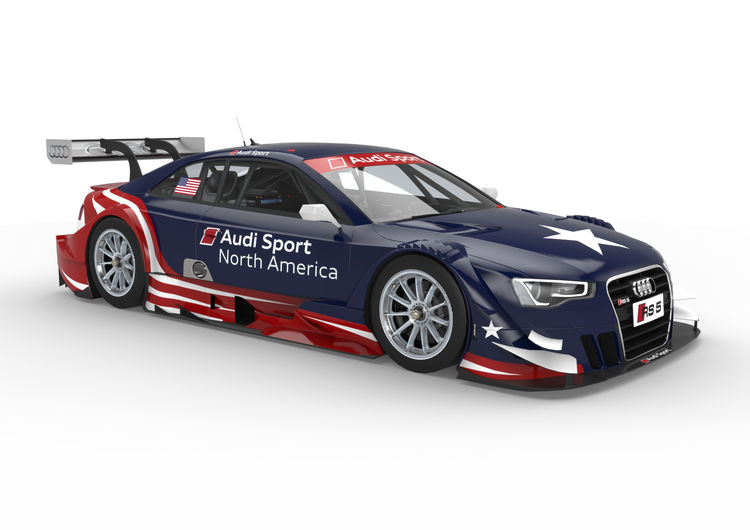 A new and promising opportunity in motorsport opens up for Audi: as announced at a press conference today in New York, the organizers of NASCAR and GRAND-AM plan a US based race series for DTM racecars like the Audi RS 5 DTM.

To this end, a dedicated platform for the spectacular DTM cars should be in place in the USA by 2016. The responsible parties of the ITR have concluded a corresponding cooperation with their partners in America. It complements a previously existing and similar agreement with the Japanese Super GT Championship organizers.

“As a consequence, the opportunity arises in the future to race the Audi RS 5 DTM not only in Europe, but also in Asia and North America in premium championships,” says Wolfgang Dürheimer, Member of the Board for Technical Development at AUDI AG. “As a globally active company, this is exciting and interesting for Audi.”

Scott Keogh, President of Audi of America: “Audi has a strong and spectacular history in US motorsport. We are currently looking for options that will allow the four rings to be more visible again on the race tracks throughout the USA. It’s fantastic news that there could soon be a US DTM. The Audi RS models are very popular in America. I’m convinced that our customers will be delighted to see the Audi RS 5 DTM in action.”

Audi has been active for more than 30 years in motorsport and was frequently successful in the USA during this period. In the 1980s, the brand with the four rings triumphed three times in succession at the Pikes Peak hill climb in Colorado. In 1988, Audi won the Trans-Am Series, in 1989 the Audi 90 quattro was the dominant car in the IMSA GTO series. Audi won the American Le Mans Series (ALMS) championship title nine times in succession between 2000 and 2008. In January, the Audi R8 GRAND-AM celebrated a GT victory in the 24-hour race at Daytona (Florida). With the R18 e-tron quattro, Audi clinched the brand’s eleventh victory in the 12-hour race at Sebring (Florida) 10 days ago.