Skip to content
We are using cookies for a better user experience.
09/18/18
Neuburg a. d. Donau
Sports

Audi wants to defend titles in finale at Laguna Seca 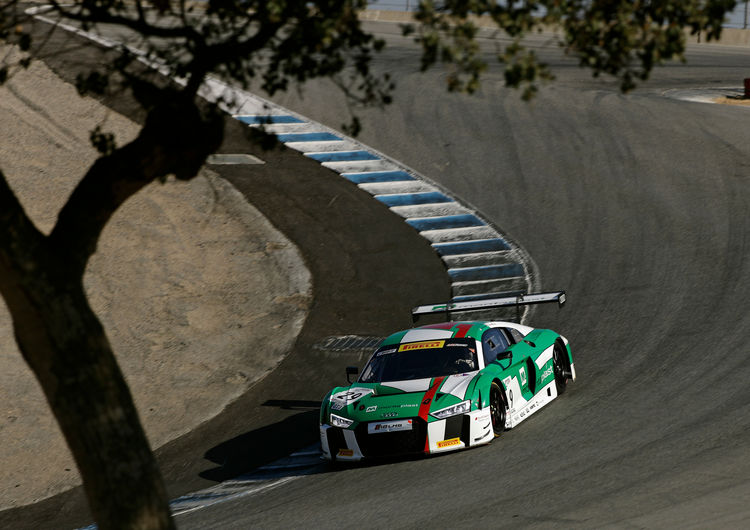 Before the finale of the Intercontinental GT Challenge (IGTC) in California from October 26 to 28, Audi Sport customer racing has determined driver and team lineups: Two of the three Audi R8 LMS cars entered so far will be fielded by Vincent Vosse’s Team WRT. Wolfgang Land’s squad will compete in the California 8 Hours with another GT3 sports car of the brand.

After Audi with its drivers in 2016 and 2017 won the manufacturers’ and drivers’ classifications in the only worldwide GT3 racing series, the teams are now facing a major task: Markus Winkelhock and Christopher Haase as the best Audi Sport drivers are separated from the top of the standings by 18 points before the finale, trailed by Robin Frijns and Dries Vanthoor who need 21 points to close the gap to the leaders. 25 points are awarded for a victory at Laguna Seca.

The situation in the manufacturers’ classification is different. Here Audi is currently in position two of the standings and able to close a merely 9-point gap to front runner Mercedes-AMG. A brand that scores a one-two result achieves a maximum of 43 points. “Five prestigious manufacturers have submitted entries for the series. Our aim is to defend the title in the manufacturers’ classification,” says Chris Reinke, Head of Audi Sport customer racing. “The situation in the drivers’ classification is particularly challenging, but we’re going to leave no stone unturned there either.” The two Audi drivers with the best point scores will not be driving together for the first time in this IGTC season. In this way, Audi Sport customer racing is dividing opportunities and risks between two cars and Markus Winkelhock as well as Christopher Haase will maintain a theoretical chance of winning the drivers’ title. In the rounds at Bathurst (Australia) and Spa (Belgium) Audi won the IGTC classification. Following a race in Japan, the California 8 Hours will mark the end of the season for the last time. Next year, a round in South Africa will complement the calendar as the season’s finale.

The Audi Sport customer racing teams in the California 8 Hours