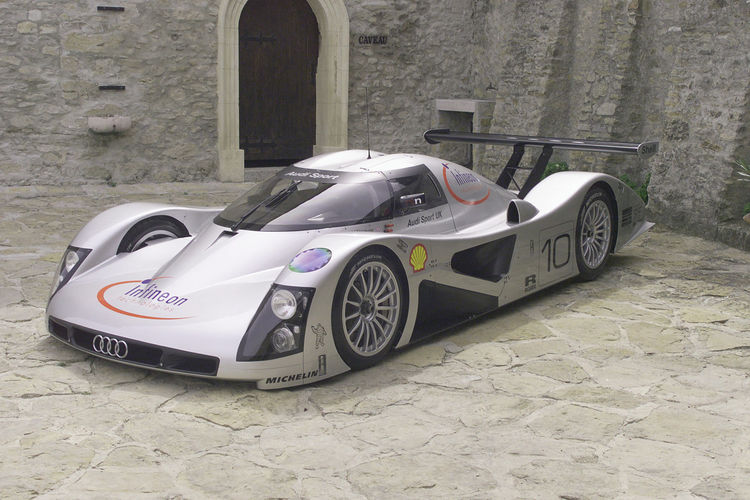 Three weeks after the successful test of the new Audi R8R at the 12 Hour Race of Sebring/USA, Audi has now unveiled the closed version of its racing car. Having been developed within six months, the Audi R8C shares many components with its sister car R8R. „We have been able to realize a certain form of a platform strategy“, explain Audi’s head of Sport Dr Wolfgang Ullrich. „Engine, transmission, brakes and rear suspension of the coupe have been derived from the roadster. Monocoque, bodyshell and front suspension have been newly developed.“

In 1999, Audi is the only manufacturer that meets the challenge of the classical Le Mans endurance race with an open-topped and a closed racing car. „Thus we are well-prepared for all circumstances“, explains Dr Ullrich. „In terms of technical regulations, both categories are equally matched. It is difficult, however, to judge the advantages and disadvantages of both concepts in various circumstances.“

The Audi R8C has a power output of more than 600 bhp. It has been developed in co-operation with Audi’s British subsidiary company rtn. It shares an identical turbocharged V8 unit with the R8R. Due to different rules, however, the engine has an additional 50 bhp in the coupe.

Already at first glance, it is easily conceivable that the R8C has been developed with no compromises for the typically high top speeds of Le Mans. In its silver livery of new main sponsor Infineon Technologies, the coupe has a height of just 98 centimetres, being one of the flattest contemporary Le Mans contenders.

„We have tried to minimize the frontal area considerably“, explains Dr Ullrich. Several details contribute to this goal, such as the front wheel casings which are open to the inner side, enabling Audi to build narrower wheelarches. Even the roof has been waisted into two halves to improve the airflow.

Before entering the prequalifying on 2 May, a comprehensive test program has been set up that started last week in Snetterton/Great Britain and will be continued this week in Le Castellet/France.