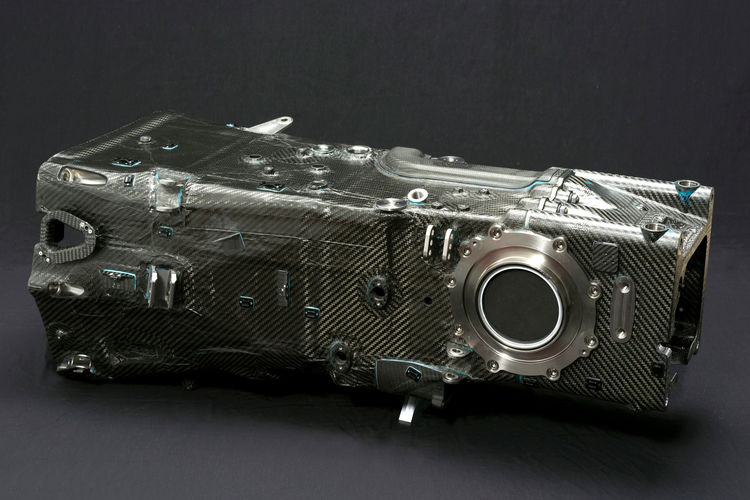 Five more weeks to go before the most important race of the year comes up on Audi Sport Team Joest’s agenda: the Le Mans 24 Hours on June 16/17. In addition to e-tron and quattro, ultra lightweight technology will again be in the company’s focus there.

Audi has reversed the weight spiral – for the benefit of its customers. Whereas production vehicles used to become heavier from one generation to the next, Audi’s latest models are now pointing exactly in the opposite direction. The new A3 is up to 80 kilograms lighter than the predecessor model. For the consumer, the benefits directly translate into improved efficiency. The current A6 is lighter than its predecessor as well. In the future, this will apply to every Audi model.

In motorsport, weight is a central topic too. Yet a look at the Technical Regulations for LMP1 prototypes shows that the minimum weight is set at 900 kilograms – a level which the Le Mans winning Audi R18 TDI stayed below even last year. This created room for ballast which can be used to improve the car’s balance.

So, why use ultra-lightweight design in motorsport if the advantage that has been gained has to be compensated for by ballast? The key to understanding this lies in the hybrid concept. Audi has designed the first diesel hybrid sports car in history. Despite advanced construction the components of the hybrid system have a considerable dead weight. Consequently, without special lightweight engineering the weight of the Audi R18 e-tron quattro would exceed 900 kilograms – and the sports prototype would be out of contention. As its base, Audi developed the R18 ultra with a conventional TDI engine because, except for the hybrid system, both cars are largely of an identical design.

“In production development, the weight spiral is a very important issue. With the ultra concept, Audi started to intensively work in this direction at a very early stage,” stresses Head of Audi Motorsport Dr. Wolfgang Ullrich. “For us in motorsport, the R18 ultra has provided the basis that made it possible to implement the e-tron quattro in the first place. If we hadn’t managed to implement the weight difference between the 2011 R18 TDI and the 2012 R18 ultra there would have been no chance for a competitive hybrid.”

But how can the ultra lightweight concept that was achieved last year be carried to extremes for the 2012 season? After all, at the Le Mans 24 Hours on June 16 and 17 the race cars have to reel off a distance of several thousand kilometers at an expected average speed far above 200 km/h without any problems. “The only chance to become around 10 percent lighter lies in designing every component for lighter weight,” reveals Dr. Ullrich. Naturally, the differences vary greatly. The carbon fiber gas pedal of the new R18 generation, for instance, has been optimized again – the resultant savings are in the range of grams. By contrast, the developers can be proud of the transmission.

“At the rear end, the weight reduction is really valuable,” adds Dr. Ullrich. “We’re relying on a V6 TDI engine installed in front of the rear axle. Yet diesel engines, due to their design, are heavier than gasoline engines. With the flange-mounted new carbon fiber transmission housing we managed to make the largest single innovation leap compared with the predecessor model.” Something like this has never existed in an LMP sports car before. What differentiates this design from a formula race car, in which this technology is already used, is that the fully structural transmission has to bear a much higher base load of 900 kilograms. In addition, it holds up to endurance distances of several thousand kilometers straight. And with more than 850 Newton meters the engine torque that acts on the transmission in the R18 clearly exceeds the corresponding torque level in a Formula One car.

The highly integrative hybrid system of the R18 e-tron quattro is another example of lightweight design. The shared housing of the MGU (motor generator unit) for two electric motors, two planetary transmissions and two converters is extremely compact and the hybrid system control unit which is integrated with the existing engine control unit is another clever solution that makes the car lighter.

“On the other hand, compromises in terms of safety are totally out of the question in the search for weight savings,” explains Dr. Ullrich. The high-strength carbon fiber monocoque of the Audi R18 TDI helped Allan McNish and Mike Rockenfeller survive two serious accidents at Le Mans unharmed last year. Instead of compromising on safety, the engineers review even the smallest details for lightweight potential. Metal parts calculated and milled with particularly high precision – such as on the rear wing mounts, the stabilizer supports or the transverse links – are regarded as true masterpieces of mechanical engineering in the professional world. Attentive race spectators can even catch a glimpse of a piece of lightweight design themselves. Four red triangles mark a field below the cockpit doors. “This is the only area in which our drivers should support themselves when getting in and out of the vehicle,” explains Dr. Ullrich. Outside these areas even carbon fiber, the “magic material,” would yield.

The new Audi R18 ultra and the R18 e-tron quattro impressively mastered the “dress rehearsal” for the season’s pinnacle event in June. At the WEC round at Spa-Francorchamps (Belgium) the four prototypes of Audi Sport Team Joest were in a class of their own.