Audi travels to the Lausitzring with tailwind 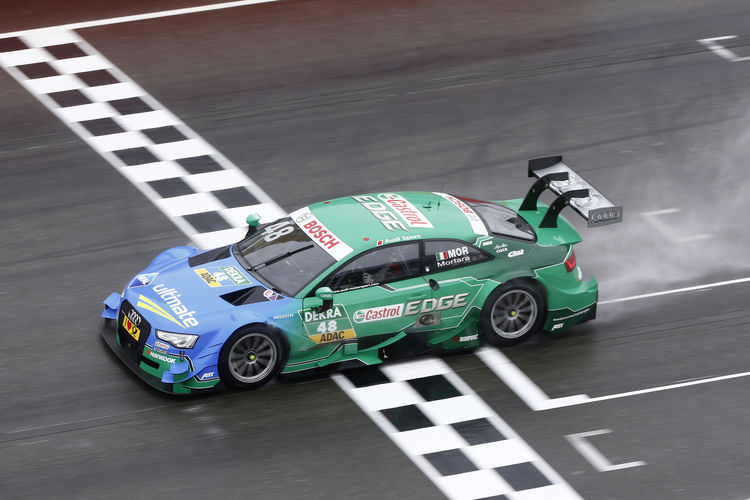 As the leader of all three classifications (drivers’, manufacturers’ and teams’), Audi heads to the second DTM weekend of the year – with a premiere: On Saturday, May 30, at the Lausitzring, a DTM race will be held on Saturday night for the first time – aired on prime time immediately before the DFB Cup final in Berlin, which is only about 130 kilometers away.

With two victories and two pole positions, Audi managed a near-perfect start to the new DTM season. The squad headed by Dieter Gass would like to pick up where it left off in the opener, although the Head of DTM at Audi Sport cautions against excessive expectations. “We had a very good opening DTM weekend and we want to again fight for top places at the Lausitzring. However, the field is incredibly close and we do not underestimate our competitors. Mercedes have traditionally been strong at the Lausitzring. BMW will try to come back. And we have to add between five and ten kilograms of performance weights to our cars following the two victories at Hockenheim.”

Additionally, the 3.478-kilometer Lausitzring with its mix of fast, semi-fast and slow turns, plus a long start-finish straight with top speeds of about 240 km/h, is a race track that Audi was frequently struggling with in the past. An Audi driver crossed the finish line as the winner there only twice (in 2005 and 2011) – in one event with an extremely small advantage. In 2005, Mattias Ekström prevailed in a gripping duel against Gary Paffett in the Mercedes-Benz. “Gary was on my heels during the whole race,” the Audi driver recalls. “I couldn’t afford to make any mistakes.” Ten years later, there might well be a repeat of the duel between the two most successful active DTM drivers.

The current leader of the standings, Edoardo Mortara, is expecting a special race in Brandenburg. “For the first time in my career, I’m at the very top, that does make me feel proud,” says the Italian who, due to an unsuccessful tire strategy, experienced one of the most difficult DTM races in his career at the Lausitzring last year. “This shows how close success and failure are in the DTM,” says Dieter Gass. “With the new format of two races per weekend and an extremely tight schedule for everyone, this is the case even more than in the past. You could see that at Hockenheim with Jamie Green: On Saturday, he won and on Sunday he finished without points. With Mattias Ekström, it was exactly the other way around.”

Nico Müller travels to the Lausitzring with a tailwind. The youngster won the 24-hour race at the Nürburgring in the all-new Audi R8 LMS. As a result, his fans will have to get used to a new ‘hairstyle’ – at least temporarily. Following their victory in the 24-hour race at the Nürburgring, Nico Müller and his team-mates had their heads shaved bald.

Following the successful opener at Hockenheim, the fans can look forward to another entertaining DTM weekend, which includes the IDM Superbike Championship as well. Practice in the DTM is on Friday, while a qualifying session and a race are on the agenda on both Saturday and Sunday. ARD will broadcast the first race on Saturday (May 30) at 18.00 CEST and the second one on Sunday (May 31) at 14.00 CEST. Live streaming will be provided at www.dtm.com/live.

On Saturday evening, motorsport and soccer fans will have the opportunity to experience two top sporting events in succession on TV: the DTM race and then thereafter the DFB Cup final between Borussia Dortmund and VfL Wolfsburg. “Two TV treats,” promises Timo Scheider, who, in third place, was the best Audi driver in the DTM race at the Lausitzring last year and is a great BVB fan himself. “Naturally, I’m going to watch the Cup final and keep my fingers crossed for Dortmund,” says Scheider. “But first of all, I’ve got to convert the good performance of the Audi RS 5 DTM into points in the DTM.”