​Audi travels to DTM at Zandvoort with one-two lead 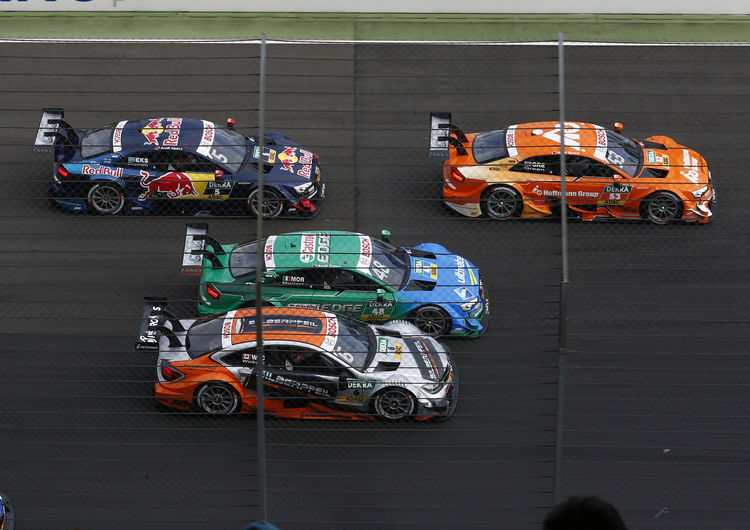 When asked what their favorite DTM race track is, most Audi drivers will give the same answer: Zandvoort. The circuit in the dunes on the North Sea coast near Amsterdam will be the venue of the next two DTM races on July 11/12.

“Zandvoort is a cool track with a fantastic, natural configuration,” says Audi driver Jamie Green who, with three victories this season and 81 points, is traveling to Holland as the leader of the standings. “The circuit has unique characteristics and the fast turns pose a real challenge to any racer.” The driver from Audi Sport Team Rosberg celebrated one the greatest successes in his career at Zandvoort. In 2004, Green secured an early title win in the Formula 3 Euro Series on clinching a commanding victory on the dune circuit. One of his fiercest rivals back then was Nico Rosberg. Today, Green competes in the DTM for the team of Nico’s father, Keke Rosberg.

In the popular touring car racing series, Jamie Green has not yet achieved a podium in ten races at Zandvoort. His best result so far has been fourth place. “It’s high time to change that,” says the DTM’s front runner. Last year, he came close. Green was running in second place before a safety car thwarted the strategy. “This year, I’ve got a perfect car, plus the weight situation is more favorable for us than at the Norisring.”

Trailing Green with an eleven-point gap in second place of the standings is Mattias Ekström. The Swede from Audi Sport Team Abt Sportsline celebrated the first of his 20 DTM victories to date at Zandvoort in 2002. With four successes under his belt, he is the record winner there. “I’ve always been running well at Zandvoort so far,” says Ekström. “The circuit offers a fantastic combination of fast and slow corners. The tarmac has a lot of grip, so the tires degrade heavily in the race. Having a car that works well over the distance is a great advantage. With our Audi RS 5 DTM, we’re well set.”

For Audi, Zandvoort has almost always been a good track so far. Since its DTM comeback with a factory-backed commitment in 2004, the brand with the four rings has clinched the top spot on the grid seven times, plus victory on an equal number of occasions – most recently with Mattias Ekström (2014), Edoardo Mortara (2012) and Mike Rockenfeller (2011).

“Audi has traditionally been strong at Zandvoort and the track is very popular with our drivers,” says Dieter Gass, Head of DTM at Audi Sport. “Following the city street race in Nuremberg, we’re looking forward again to a ‘normal’ race track, which happens to be one of the most challenging ones on the DTM calendar. We’re determined to again present a more cohesive display than what we did at the Norisring. We’re aiming for two victories. But Mercedes can always be expected to be in contention. They were strong at Hockenheim and at the Norisring and only had a bad patch at the Lausitzring. Plus, the BMW are still able to run with clearly lighter weight than our RS 5 DTM cars. Let’s see how much of an effect that’ll have.”

At Zandvoort, the DTM will again be holding two races. On Saturday, July 11, vacationers have the opportunity to combine a day on the beach with a visit to the DTM: Saturday’s race is scheduled to start at 18.03 CEST. The second race on Sunday, July 12, will start at 14.13. Tickets are available at www.audi-motorsport.com.

ARD will start airing live coverage from Zandvoort on ‘Das Erste’ on Saturday, beginning at approx. 17.55 (CEST) and on Sunday at approx. 13.55. Additional live streaming will be available on www.dtm.com/live, www.sportschau.de and www.bild.de.