Audi travels to California as leader of the standings

Links
{{ activeItem() }}
Twitter
07/25/21
MEDIAINFO: Formula E: Audi Sport ABT Schaeffler remains without points in London on Sunday &gt;&gt;… https://t.co/2fOmu6HyHV
07/25/21
That was a busy race with lots of action on track and on the strategy side. Our Team Principal @allanmcnish talks u… https://t.co/xhXMBTlkDV
07/25/21
.@ReneRastRacing is out of the race after an incident with @Sebastien_buemi, which has left René on track with brok… https://t.co/s6aa0qQ5Q1
07/25/21
The @FIAFormulaE London E-Prix begins at 14:04 (local time, GMT+1). Ways to watch &gt;&gt; https://t.co/YfIrR1WG7O Live… https://t.co/8skKHfyAmi
Audi Sport on Twitter
{{ activeItem() }}
Facebook
07/25/21
No points for us in London on Sunday. René Rast retired through no fault of his own and a strategy move with Lucas Di Grassi didn’t pay off. Up next: Our final two ABB Formula E races with our Audi Sport ABT Schaeffler factory team in Berlin on August 14 and 15. >> audi.com/FormulaE #FutureIsAnAttitude #LondonEPrix
07/25/21
RACE DAY: The ABB Formula E London E-Prix at 14:04 (local time, GMT+1). 🇬🇧 >> audi.com/FormulaE #FutureIsAnAttitude #LondonEPrix
07/24/21
Double-points finish: René Rast and Lucas Di Grassi both scored valuable points in today’s ABB Formula E London E-Prix. Everything is still to play for in the title hunt. Tomorrow we go racing again at 14:04 (local time, GMT+1). >> audi.com/FormulaE #FutureIsAnAttitude #LondonEPrix
07/23/21
Inside and outside: The 2021 London E-Prix has the first ABB Formula E track layout that runs partially indoors, inside the ExCeL London. Don’t miss the races this weekend: Saturday at 15:04 and Sunday at 14:04 (local time, GMT+1). >> audi.com/FormulaE #FutureIsAnAttitude #LondonEPrix
Audi Sport on Facebook 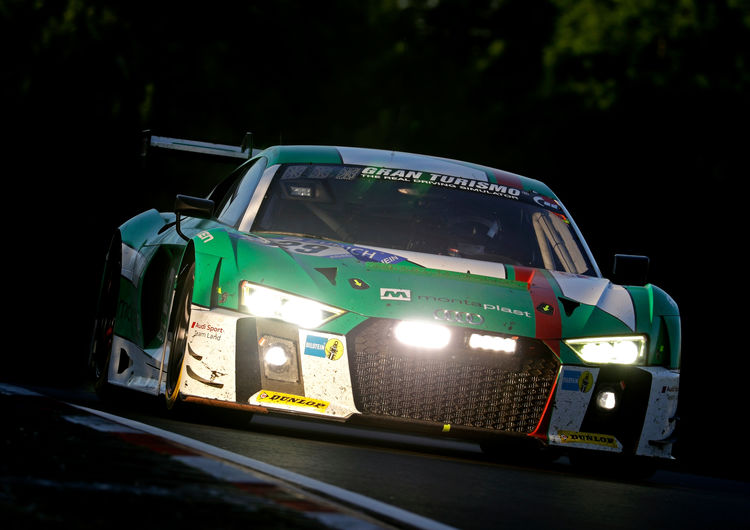 Premiere in California: From October 14 to 15, the California 8 Hours at Laguna Seca are on the calendar of the Intercontinental GT Challenge, the only global GT racing series, for the first time. Following its victory at the 24 Hours of Spa in July with Christopher Haase, Audi is traveling to America as the leader of the standings.

The Audi R8 is returning to Laguna Seca. For Audi, the race track 150 kilometers south of San Francisco is linked to a great sports car tradition. Between 2000 and 2008, the brand’s Le Mans prototypes scored eight victories in the American Le Mans Series (ALMS) on this track. Successful on five occasions was the Audi R8 LMP race car that gave its name to Audi’s subsequent road-going sports car. Therefore, Audi Sport customer racing is offering an exhibition to local fans that includes the race car from those days and the current production model, while the fans will see the Audi R8 LMS GT3 race car that is based on it on the race track.

The race drivers love the 3.6-kilometer circuit nestled in the picturesque scenery of Monterey County. Fast sections, significant vertical differences and the “Corkscrew” section as one of the most famous turns in worldwide racing make high demands on the drivers. The challenging track will be 60 years old this year.

Three customer teams in total are competing in the California 8 Hours in the Audi R8 LMS. Factory-supported are Audi Sport Team Land and Audi Sport Team Magnus. The squad of Wolfgang Land from Niederdreisbach, Germany, will be racing with Californian driver Connor De Phillippi and the two Germans Christopher Haase and Christopher Mies. Audi Sport Team Magnus from Salt Lake City, Utah, is factory-supported for the first time and relies on the two Germans Pierre Kaffer and Markus Winkelhock, plus the South African Kelvin van der Linde. Winkelhock, van der Linde, De Phillippi and Mies in the Audi R8 LMS jointly won the 24 Hours of Nürburgring and Winkelhock and Haase the 24 Hours of Spa this year.

One privateer team completes the lineup. Belgian Audi Club Team WRT is putting an Audi R8 LMS on the grid for Dutchman Robin Frijns and Britons Jake Dennis and Stuart Leonard. In September, Frijns and Leonard with the team of Vincent Vosse won the Blancpain GT Series Sprint Cup, the most important GT sprint racing series in Europe.

“We look forward to the first visit of the Intercontinental GT Challenge to the United States,” says Chris Reinke, Head of Audi Sport customer racing. “With three teams and our driver lineup we’re in a very good position. Our aim is to maintain the lead of the standings on this legendary track.” Audi is the title defender in the Intercontinental GT Challenge and after two of four rounds is leading the GT3 manufacturers’ classification with a nine-point advantage. Christopher Haase in the top spot of the drivers’ standings is one point ahead of five drivers tied on points in position two – including Jules Gounon and Audi Sport driver Markus Winkelhock. Following two free practice, a pre-qualifying and a qualifying session, plus a Super Pole shootout, the race will be run on Sunday, October 15, from 9.30 AM to 5.30 PM local time.