Audi to start its own racing series in China in 2012 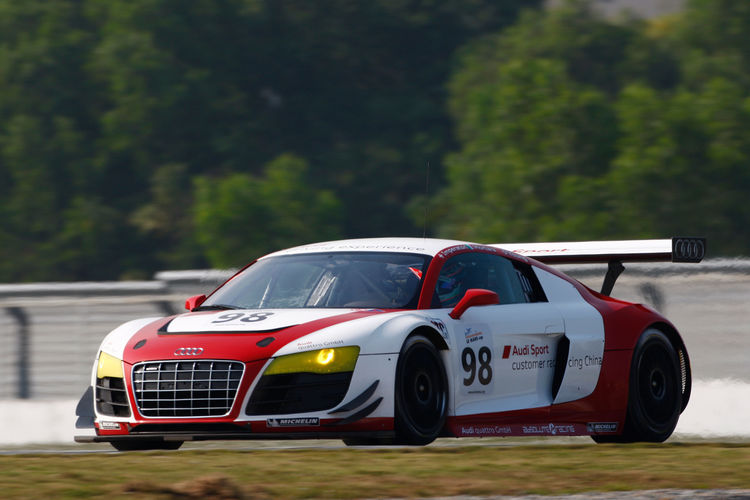 Audi will be permanently present in the world’s largest sales market in motorsport as well. Starting in 2012, the Audi R8 LMS Cup as an exclusive one-make racing series will underscore the company’s leading position in the premium segment in China. Audi Sport customer racing China will be responsible for the operational activities.

In 2012, Audi is setting a milestone in China’s still young motorsport tradition. The world’s first exclusive one-make cup for the Audi R8 LMS will be held in the fast-growing Chinese market. In October, with a growth rate of 61.7 percent compared to the same period of the prior year, Audi experienced a new record month in China. The next top performance followed in November, reflecting a 68.8 percent increase compared to the same prior-year month.

The R8 LMS GT3 race car with a power output of 411 kW (560 HP) will be competing at five events, including the internationally renowned circuits at Shanghai and Zhuhai, starting in the second quarter of 2012. Plans are for 16 vehicles of Audi’s customer sport model to be fielded in the one-make cup. The cars correspond to the GT3 version that has scored more than 100 international victories and 13 titles and feature the new Audi PS 1 safety seat as factory-supplied equipment. “The Audi R8 LMS Cup puts our motorsport activities in China on a permanent basis,” says Rene Koneberg, Head of Audi Sport customer racing China. “Audi was a pioneer in the premium vehicle market in China. Now we want to give motor racing in this country a similar impulse.”

Audi Sport customer racing China will be responsible for organizing the one-make cup. This new structure experienced an extremely impressive debut. At the finale of the Intercontinental Le Mans Cup (ILMC) at Zhuhai the race team celebrated a one-two victory in the GTC class with the Audi R8 LMS. A week later, at the Macau GT Cup, Edoardo Mortara won an extremely challenging city street race in an Audi R8 LMS fielded by the team.

Audi through its Audi race experience China opens up the opportunity to contest races in professional conditions to the motorsport enthusiasts among its customers. The complete packages available to gentlemen drivers include everything a racer needs, from license training and the ready-to-run race car through to the organizational structure.

Audi expects to deliver more than 300,000 vehicles in China in fiscal year 2011. The company is the market leader in the premium segment. “China has meanwhile become a kind of second home to Audi,” says Dr. Dietmar Voggenreiter, Managing Director of Audi China. “By entering motorsport we aim to start proving ‘Vorsprung durch Technik’ on the race tracks of this dynamic country as well.”