Audi tests talents for the DTM 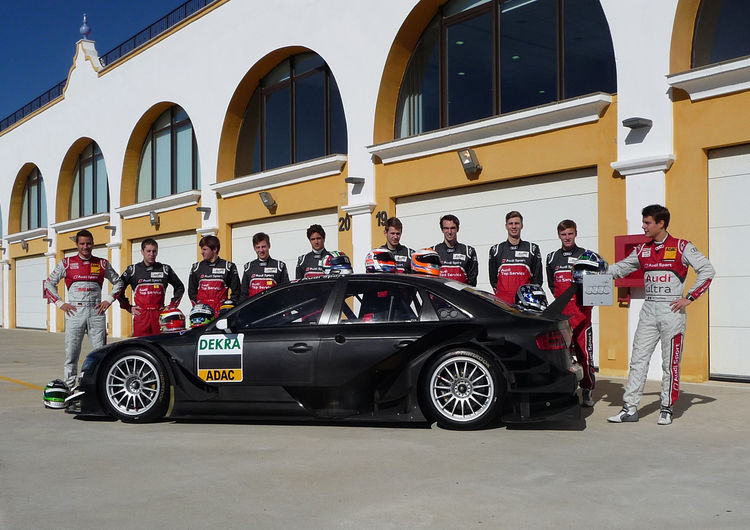 Audi has given eight young talents the opportunity to gather experience in the cockpit of an Audi A4 DTM at a scouting event. With instructions provided by the two factory drivers Timo Scheider and Adrien Tambay they completed an extensive program of testing on and off the track for three days in Spain.

It has become a bit of a tradition: After the end of the DTM season, Audi gives a number of young talents the opportunity to gather personal experiences at the wheel of the DTM race car. As in previous years, the event  for young drivers between 17 and 22 years of age was not only focused on driving the fastest lap time but on technical understanding, dealing with engineers and mechanics, giving feedback on changes made to the Audi A4 DTM and handling a racing simulation.”

“We regard this talent scouting event as an investment in the future,” says Dieter Gass, Head of DTM at Audi. “We’re absolutely happy with our current driver line-up but would still like to give young talents an opportunity to take a peek behind the scenes of the DTM from time to time. This is how some of our current drivers got started as well and today they’re part of the DTM or other series.” DTM youngster Adrien Tambay and the two-time Champion Timo Scheider took care of the young talents as ‘driving instructors’ and assisted them with tips and tricks.