Skip to content
We are using cookies for a better user experience.
11/08/19
Neuburg a. d. Donau
Sports 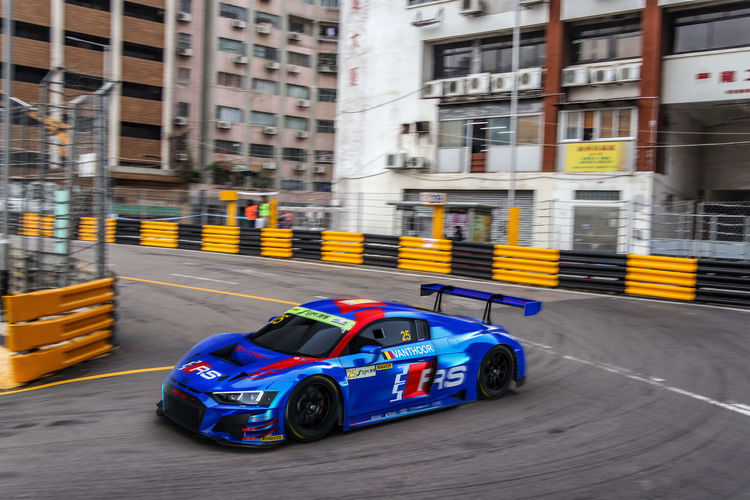 As the most successful manufacturer to date, Audi is aiming to score its fifth win of the GT race in Macau within the FIA GT World Cup. At the same time, the brand will be on the grid in three other competitions, including the WTCR – FIA World Touring Car Cup, to be held in the Chinese Special Administration Region from November 14 to 17.

“We’re facing an intensive and important race weekend,” says Chris Reinke, Head of Audi Sport customer racing. “A total of five Audi R8 LMS GT3, including three cars fielded by customers, are going to participate in the prestigious FIA GT World Cup. In the FIA WTCR, besides our four Audi Sport drivers, a local driver, Billy Lo, will be on the grid in another Audi RS 3 LMS as a wild card entrant. In addition, two customers are fielding their touring cars in the Macau Touring Car Cup and, last but not least, the Audi R8 LMS GT4 will make its debut in the streets of Macau. This commitment by a total of seven customers is absolutely remarkable.” Audi can expect action-packed suspense in all classes. The tradition-steeped 6.12-kilometer circuit through downtown Macau offers only scarce opportunities for overtaking and the guard rails directly along the asphalt do not forgive any driving mistakes.

Since 2008, the Macau Grand Prix has included a category for GT race cars and in 2015, the race evolved into the FIA GT World Cup. With four victories so far, the Audi R8 LMS is the most successful model in this class. Kelvin van der Linde from South Africa is making his debut in Macau this year with Audi Sport Team Rutronik, while his Belgian fellow Audi Sport driver Dries Vanthoor will be racing with Audi Sport Team WRT. The German Christopher Haase as a third Audi Sport driver will be at the wheel of an R8 LMS from Phoenix Racing – the team that is celebrating its 20th anniversary in 2019 and in its debut season, in 1999, won the Guia Touring Car race in Macau with an Audi A4 quattro. The 18-year-old up-and-coming Belgian driver Charles Weerts from the WRT team and the 23-year-old Chinese Chen Weian from Audi Sport Asia Team TSRT complete the GT3 lineup.

In the FIA WTCR, Jean-Karl Vernay from Leopard Racing Team Audi Sport and Frédéric Vervisch from Comtoyou Team Audi Sport are returning to Macau as last year’s winners. Each had won a race in an Audi RS 3 LMS twelve months ago. Their fellow drivers Gordon Shedden and Niels Langeveld, who most recently celebrated his first WTCR podium in Japan, complete the group of Audi Sport drivers. Like last year, Macau’s Billy Lo from Tianshi Zuver Team will participate in the three sprint races as a wild card entrant. Together with Chen Weian, Lo won the the GT Masters Asia racing series in an Audi R8 LMS this year. With a total of six guest entrants, the FIA WTCR field has grown to 32 participants at the ninth event. In the Macau Touring Car Cup racing series, two additional customers are relying on the Audi RS 3 LMS: Filipe Souza from Champ X TA Motorsport and Ng Kin Veng from SLM Racing Team.

Last but not least, in the Greater Bay Area GT Cup, the Audi R8 LMS GT4 will be making its debut in the streets of Macau. Alex Au, currently the runner-up in the Audi Sport R8 LMS Cup, will drive the production-based sports car. In May, in a qualification race for Macau on the circuit of Guangdong in China, Au clinched a victory in the GT4 race car and will now be meeting with 26 competitors representing six other brands.