Skip to content
We are using cookies for a better user experience.
11/04/19
Neuburg a. d. Donau
Sports 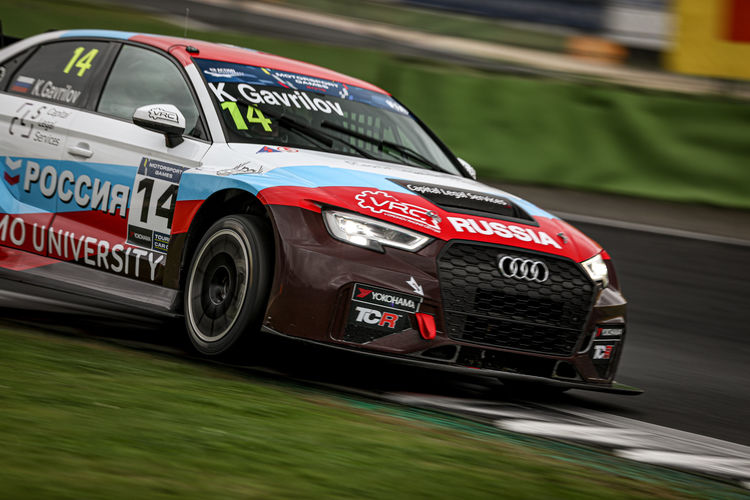 In the inaugural FIA Motorsport Games, a race car from Audi Sport customer racing contributed to Russia’s victory in the overall classification. The Audi RS 3 LMS won the decisive gold medal. In New Zealand, the IMS team successfully defended the title with the Audi R8 LMS on the South Island.

Another title success in New Zealand: Neil Foster and Jonny Reid won the South Island Endurance Series in New Zealand. For Foster, this marked the second title in succession on the South Island. The driver pairing from New Zealand shared an Audi R8 LMS of the IMS team and had traveled to the finale at Christchurch with a one-point advantage. Runners-up in the standings Dale Chapman/Marc Doran/Andrew Waite competed in an Audi R8 LMS as well, prepared by the Track Tec Racing team. On the circuit at Ruapuna, Foster/Reid scored their third victory this season, ahead of their three immediate championship rivals, with just an 8.86-second advantage after three hours of racing. Christina Orr-West/Ben Byers concluded the season in an Audi R8 LMS ultra in third position of the standings. For the Audi R8 LMS, it marked the tenth drivers’ title in the current season and the 72nd one in total achieved by all Audi Sport GT3 sports cars since 2009.

Audi driver Klim Gavrilov helps Russia achieve victory: Russia has won the inaugural FIA Motorsport Games. The innovative competition, combining such disciplines as diverse automobile racing categories as well as karting plus a digital cup, was held at Vallelunga north of Rome on the first weekend in November. The decisive gold medal in the Touring Car Cup was won by Klim Gavrilov. The Russian, in third place of the TCR Russia standings the best Audi driver this year, drove an Audi RS 3 LMS entered by Carville Racing at Vallelunga. He won the first sprint race with a 5.8-second advantage. Third position went to Gilles Magnus from the Belgian RACB National Team in another Audi RS 3 LMS, fielded by Comtoyou Racing. The second sprint race was won by Magnus with a two-second advantage ahead of Gavrilov. As a result, Russia won gold in the Touring Cup and Belgium won silver.The table of medals in the overall classification of the FIA Motorsport Games was dominated by Russia with one gold and two bronze medal wins, in front of Italy, Australia and ten other nations.

One-two-three success in China: In round five of the China Endurance Championship, the Audi RS 3 LMS after 4:42 hours of racing scored a one-two-three result in the TCER classification. On the circuit at Shaoxing, Zhou Zonghong/Lin Zhijie as runners-up in the overall classification won their class ahead of Xie An/Wang Hao and Sun Junlong/Liang Zhiwei/Zou Baolong.

First victory in New Zealand: Dennis and Debbie Chapman scored their first victory in an Audi RS 3 LMS in the finale of the South Island Endurance Series. The married couple was on the grid for Track Tec Racing and won its class in the one-hour competition at Ruapuna with a one-lap advantage.

Success in Brazil: In their first race with Audi, Junior Victorette/Marcelo Karam celebrated their first victory in the Endurance Brasil racing series. The driver pairing shared an Audi RS 3 LMS and in round seven of the Brazilian racing series season at Santa Cruz do Sul achieved a 52.9-second advantage during three hours of racing.