Skip to content
We are using cookies for a better user experience.
11/20/17
Neuburg a. d. Donau
Sport 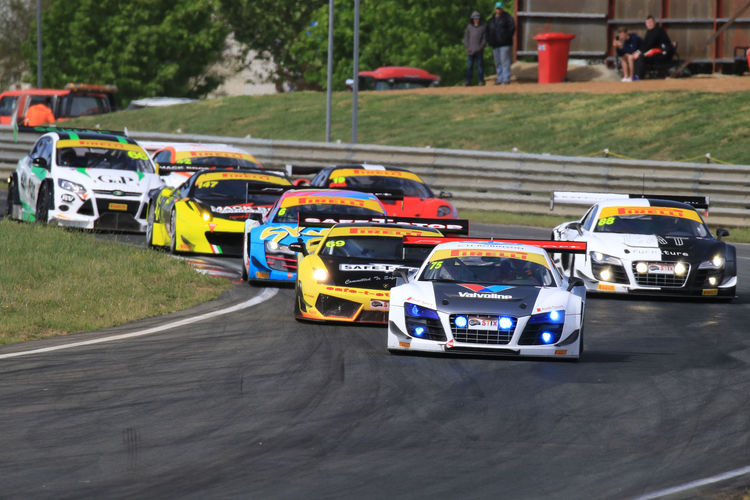 The customers of Audi Sport customer racing celebrated victories in GT and touring car racing in Australia and in Dubai.

Victories and titles in Australia: Steven McLaughlan managed a perfect ending of the season in Australian GT racing. Under Audi Sport customer racing’s entry, the driver and team principal arrived as the leader of the standings at the finale of the Australian GT Trophy Series, a series for older race car generations. The Australian in his Audi R8 LMS ultra won both races at Wakefield, so deciding the overall classification in his favor as well. Rod Salmon, another Audi customer sport campaigner, clinched second place. This is the third title for Audi in Australia this year following the successes of Geoff Emery in the Australian GT Championship and Matthew Stoupas in the Victorian State Circuit Racing Championships.

Victory in the top-class TCR series: Stefano Comini managed to end the TCR International Series on a positive note in the Audi RS 3 LMS. The 27-year-old Swiss with Team Comtoyou Racing celebrated his third victory this year in the 20th single race in Dubai. As a result, last year’s champion finished his first season in the Audi RS 3 LMS trailing vice-champion Attila Tassi by only one point.

Second place in the UK: Team Barwell Motorsport entered an Audi RS 3 LMS at the finale of the Dunlop Endurance Championship. Sam de Haan drove the touring car at the Brands Hatch circuit and clinched second position in the S4 class in the first race.

Audi R8 LMS GT4 presented in Dubai: Audi Sport customer racing showcased the Audi R8 LMS GT4 in the United Arab Emirates for the first time. The most recent product in the customer sport program was one of the attractions at the Dubai International Motor Show from November 14 to 18. Audi Sport driver Markus Winkelhock, the winner of the Intercontinental GT Challenge and the 24-hour races at the Nürburgring and at Spa in 2017, presented the car on the opening day of the show.

Continuation of the one-make cup tradition: Following the official end of the Audi Sport TT Cup, fans will be able to continue enjoying the 340-hp one-make cup race car next year. With support from Audi and other partners ABT Sportsline will organize the Audi Sport ABT TT Cup next season. It is planned to hold two races of the one-make cup on each of six DTM weekends. Interested drivers can start applying now at audisportabtttcup@abt-motorsport.de.

Dates for the next few weeks