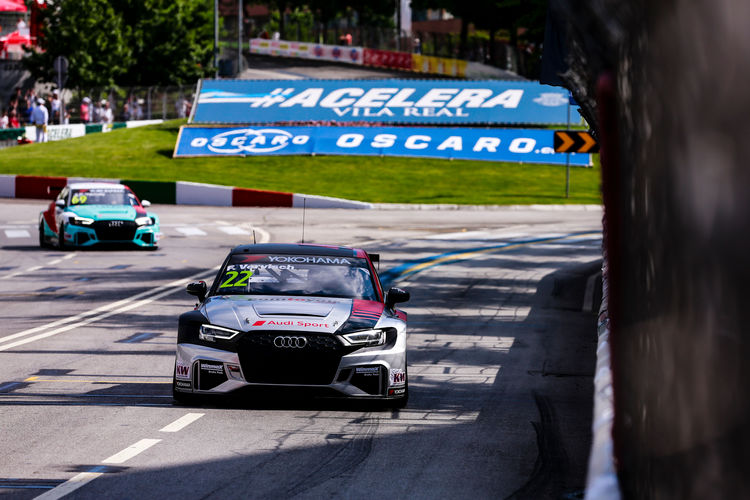 After two years in the WTCR – FIA World Touring Car Cup, Audi Sport customer racing is realigning its commitment. The company is pursuing plans to retain the presence of the Audi RS 3 LMS on the world’s highest-level TCR stage in the 2020 season, albeit as part of an all-privateer program.

“The FIA WTCR has evolved into an international stage and we’ve been part of it from day one. Since last year, we’ve clinched 25 podium finishes including seven victories,” says Chris Reinke, Head of Audi Sport customer racing. “A big thank you for this goes to our four drivers, Niels Langeveld, Gordon Shedden, Jean-Karl Vernay and Frédéric Vervisch, as well as to Comtoyou Team Audi Sport, Leopard Racing Team Audi Sport and our partners. Now the time has come to open a new chapter.” Audi Sport customer racing has reorganized its customer racing program, fully focusing its strategic commitments on GT3 racing going forward, and planning an ambitious international program on five continents for the 2020 season.

In the TCR touring car category, customer teams will continue to field the Audi RS 3 LMS on national and international levels worldwide. Audi has built 180 of these cars that are equally popular today in South and North America as in Europe, Asia, Australia and New Zealand. This season alone, the entry-level touring car has contested 312 races since January and clinched 226 podium finishes including 78 victories. Since the project was launched, customers have celebrated seven overall drivers’ titles and 23 class wins in further categories. As a result, the Audi RS 3 LMS also won the worldwide “TCR Model of the Year” classification last year. This year, the touring car with the four rings has good chances of defending this title. The crucial event will be the 2019 FIA WTCR finale in Malaysia from December 13 to 15 where the last points will be awarded. Comtoyou Team Audi Sport with Frédéric Vervisch and Niels Langeveld as well as Leopard Racing Team Audi Sport with Jean-Karl Vernay and Gordon Shedden will be competing there.

“After having set an initial direction for 2020 together with our partners, we hope that the Audi RS 3 LMS will compete in the WTCR again next year,” says Chris Reinke. “Comtoyou Racing from Belgium has expressed interest in competing in the WTCR again in 2020. We would very much welcome this and wish Jean-Michel Baert and his team that this idea will become a reality.”