Skip to content
We are using cookies for a better user experience.
11/09/18
Neuburg a. d. Donau
Sports 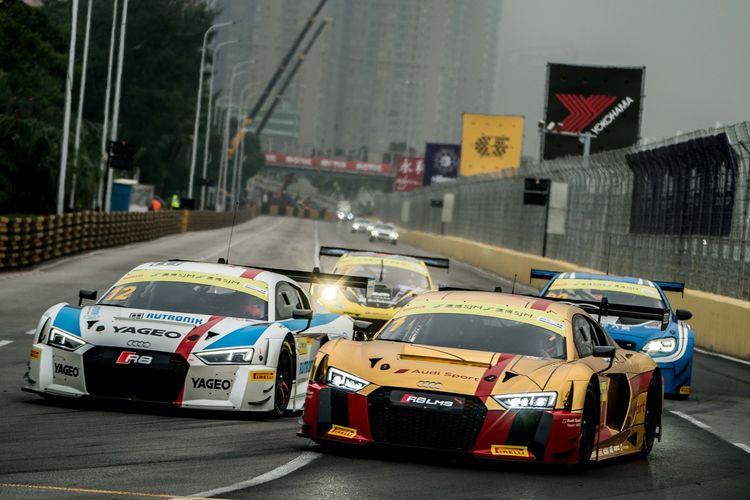 At the street race in Macau from November 15 to 18, customer teams from Audi Sport customer racing will compete with both touring cars and GT3 sports cars for the first time. The race in the heart of the city is a classic on the international motorsport calendar. Audi has celebrated six victories in total there since 1996 – two in touring car racing and four with the Audi R8 LMS GT3 sports car.

The dual challenge in Macau holds a special appeal: Two prestigious FIA-sanctioned racing series will be decided on one of the most difficult city circuits in global motorsport. The range of challenges posed by the 6.12-kilometer track extends from a 256 km/h fast section of turns in the downtown area to the Melco hairpin that is driven around in first gear at 30 km/h. In the FIA GT World Cup, 15 drivers and five marques are meeting for the annual season finale in professional GT3 racing. In 2011, 2012, 2013 and 2016, the Audi R8 LMS was victorious in Macau. Last year, Robin Frijns as a rookie started from fourth position and missed victory by merely 0.618 seconds. With Audi Sport Team WRT Speedstar the Dutchman is racing again this year. Teammate of the Audi factory driver from the DTM in Macau is Audi Sport driver Dries Vanthoor. The 20-year-old Belgian is racing on the city circuit for the first time, just like his fellow Audi Sport driver Christopher Haase. The German represents the colors of Audi Sport Team Rutronik. A fourth Audi R8 LMS is being prepared by the Chinese racing team Zun Motorsport Crew for privateer Adderly Fong from Hong Kong.

The event in Macau also marks the finale of the 2018 WTCR – FIA World Touring Car Cup. The season with a total of 30 races on ten weekends began in Africa and subsequently took the contenders to Europe and Asia. Audi is regularly represented in the racing series with six RS 3 LMS cars. Audi Sport Leopard Lukoil Team, Audi Sport Team Comtoyou and Comtoyou Racing have clinched 15 podium finishes to date, including four victories, three second and eight third places. Best Audi Sport driver in the standings is Jean-Karl Vernay in fifth position, trailed by Frédéric Vervisch in eighth. Audi privateers Nathanaël Berthon, Denis Dupont and Aurélien Panis were regularly found in the races in the top ten as well. All of them aim to finish the inaugural season of the new series with good results.

On the race weekend in Macau, Audi Sport will receive the largest number of “wild cards” to date: The organizer has admitted four local Audi privateer drivers. Team Champ Motorsport is deploying the two local drivers Filipe Souza and Lam Kam San. TSRT Zuver Team is entering Billy Lo in the race. Finally, Teamwork Motorsport is preparing an Audi RS 3 LMS for Kevin Wing Kin Tse. “We are delighted that the strong commitment of our customers is making Audi’s largest lineup to date in Macau possible. This shows how well we have established ourselves on the Asian market,” said Chris Reinke, Head of Audi Sport customer racing. “Now we can hardly wait for the chase through the street canyons to begin.”