Audi returns to scene of triumph 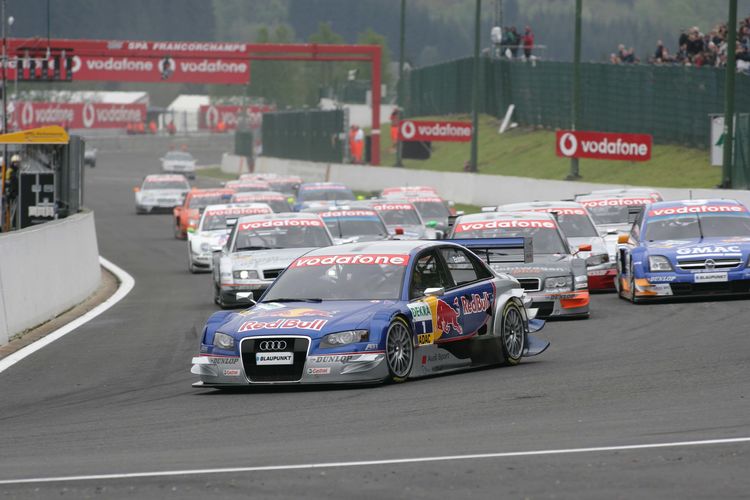 Last September Audi driver Mattias Ekström clinched the DTM title with a race to spare at Brno with a convincing victory. Barely nine months later Audi returns to the scene of the triumph: The Czech Grand Prix circuit is the venue for the fourth round of Europe’s most popular touring car series on Sunday (June 5). The points situation could hardly be more explosive: The first four in the table – including defending champion Mattias Ekström – are separated by a mere two points. Audi driver Tom Kristensen, who put the icing on the Audi cake last year at Brno by tying up the one-two, is only another three points behind.

Tyre wear is higher than at any other DTM circuit due to the many long corners. The optimum suspension set-up plays an important role. Data, which Mattias Ekström and Tom Kristensen (both Audi Sport Team Abt Sportsline) collected during recent EuroSpeedway tests in the new Audi A4 DTM, are therefore more valuable than ever before – because both are aiming to storm the top of the table at Brno.

Audi Sport Team Joest can refer to last season’s data for its year old cars – and they prove that the Audi A4 DTM was exceedingly well-balanced on the twisty track at Brno. Christian Abt’s car, which looked a little sorry for itself after the fire at Spa, was completely stripped and rebuilt by the Joest squad.

35,000 spectators visited Brno last year – including many fans from neighbouring Austria. The ARD broadcasts Qualifying on Saturday (June 4) from 2 p.m. live from Brno, and the race on Sunday (June 5) from 1:45 p.m.

Quotes before the race at Brno

Mattias Ekström (Audi Sport Team Abt Sportsline #1): “It’s a great feeling to return to the track where I clinched the DTM title by winning the race. I have many good memories and hope that we can continue where we left off. I also know how incredibly close things are in the DTM, which is why the test was even more important. It was a question of finding the decisive hundredths and tenths of a second.”

Martin Tomczyk (Audi Sport Team Abt Sportsline #2): “I’m looking forward to Brno, since I really got to grips with the circuit last year. I was knocked into a spin whilst running second during the race and had to retire, but that was secondary because Mattias won the championship. After having had so much bad luck during the first two races this year, I finally scored points at Spa – I want to repeat this at Brno.”

Tom Kristensen (Audi Sport Team Abt #5): “I’m very happy that Brno is again a part of the DTM calendar, since I love this circuit. It goes up and downhill, the slowest corner is taken in third gear. You need plenty of downforce in the fast corners and a good set-up. The tyre wear is high. Last year things ran very well for Audi: Mattias clinched the title, and I finished second in the race.”

Allan McNish (Audi Sport Team Abt #6): “I drove a DTM car for the very first time at the end of last season at Brno. It was only for a handful of laps, and it was also damp and foggy. However, at least I got a feeling for it – and it was very positive. Brno is similar in character to Spa, even though the circuit isn’t quite so fast. Audi was very competitive there last year, and our new A4 is getting better all the time. I also made more progress in Spa and look optimistically towards Brno.”

Christian Abt (Audi Sport Team Joest Racing #14): “Brno is a super circuit, which up until now wasn’t really to my taste. The track surface is a tyre killer and doesn’t have much grip; you slide around a lot, which I don’t particularly enjoy. Nevertheless, as always I’ll do my best and try to score more points. Perhaps my opinion of Brno will change if I do…”

Pierre Kaffer (Audi Sport Team Joest Racing #15): “Brno is a brilliant racing circuit of which I only have positive memories – for example of a fantastic duel with Nick Heidfeld in Formula Ford in 1995. Our year old A4 should be much better around this track than it was in Spa with its long straights. My team will again give me a perfectly prepared car – nothing can possibly go wrong…”

Rinaldo Capello (Audi Sport Team Joest #18): “I know Brno from a Supercup race. I hope that I finally have a weekend without problems and can concentrate entirely on driving. I’ve shown on more than one occasion this year that I am competitive when everything is right. I hope that I’ve had my share of bad luck and that the tide is about to turn.”

Frank Stippler (Audi Sport Team Joest #19): “Brno is new territory for me, that’s why I’m not exactly sure what to expect. Apparently it’s quite hilly there, and I’m familiar with this from the Nordschleife, around which I grew up. I’ll explore the track on foot on Thursday and pay special attention to the turn-in points and the kerbs. On Friday it’s a question of completing as many laps as possible.”

Hans-Jürgen Abt (Team Director Audi Sport Team Abt Sportsline): “The slightly longer break between Spa and Brno has done our team the world of good. Everybody is back up to full strength and are highly motivated. We have prepared well and also tested at the EuroSpeedway. Last year we won the title at Brno – now we want the championship lead.”

Ralf Jüttner (Technical Director Audi Sport Team Joest): “Brno is a circuit that should suit our A4 very well. On the other hand, most of our drivers barely know or have never seen the circuit before. It won’t be easy for our DTM newcomers since Brno is a difficult circuit. Nevertheless we hope to take points again this time after the somewhat disappointing result in Spa.”

Dr Wolfgang Ullrich (Head of Audi Motorsport Head): “With Brno and Oschersleben two tight and twisty circuits are coming up on which we were very competitive last year and where we scored a one-two in each race. We know just how important a perfect set-up is for these two races. We worked on this at the EuroSpeedway. I hope that we will see the fruits of our labour at Brno.”