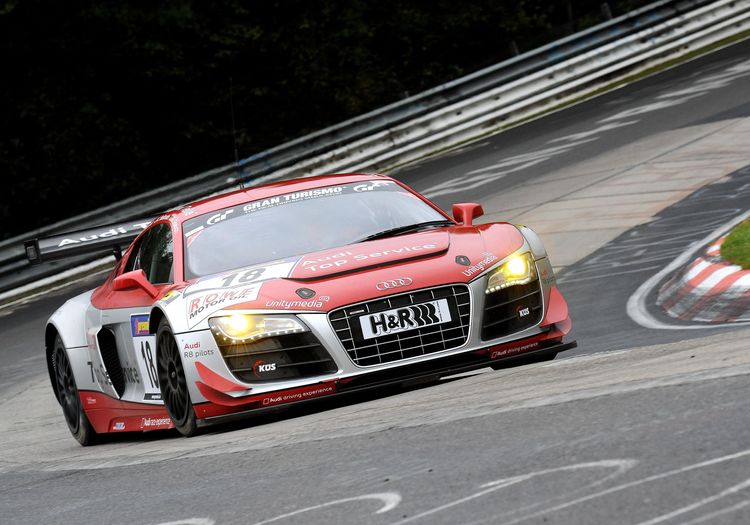 When the starting flag is lowered for the 40th runnning of the Nürburgring 24 Hours at 16:00 on May 19 suspense will reach a peak at Audi race experience. Pros and customers are set on battling for good results with two new Audi R8 LMS ultra cars at Germany’s toughest endurance race.

This year marks the second time for the Audi race experience to provide its customers with a fascinating adventure. Like last year, amateurs with a knack for performance driving have the opportunity to compete alongside professional racers at the marathon run on the Nordschleife. The 24-hour race is the pinnacle of an attractive endurance season in this arguably unique offering made by an automobile manufacturer. It is complemented by runs at the VLN races on April 28, June 23, August 4 and October 27. In addition, the Audi race experience for the past two years has been offering customers with sporting ambitions an attractive and avidly used platform with the Audi R8 LMS that features incentive and driving events.

“Competing in the brand new Audi R8 LMS ultra at Germany’s major race is a special incentive for our customers,” says Josef “Sepp” Haider, the sporting director of the Audi race experience.

The seasoned endurance racing campaigner Christian Bollrath from Löhne, who is the managing director of the North American branch of a company for lighting products, is running for the second time. He is sharing the cockpit with Pierre Ehret. The experienced sports car racer from Tegernsee has been active in motorsport since 1994 and has contested many major racing classics. The Briton Peter Venn brings 30 years of racing experience from formula, sports and touring car categories to the field. The entrepreneur has already celebrated more than 20 group and class victories at the Nürburgring. They are racing alongside a former Audi factory driver: Marco Werner is a three-time Le Mans winner and representative of the Audi race experience, who has also spent many years in his international sports car career on the Nordschleife. Since the customer sports project was launched in the 2009 season the native of Dortmund has contested all the Audi R8 LMS commitments at the Nürburgring 24 Hours.

“We’re sure that with our line-up we’re offering our customers as well as the many fans along the Nordschleife a very good program,” says Sepp Haider. “I hope that the crowd, like every year, will share our racing spirit with us again in 2012. Now, if we’ve got that necessary piece of racing luck then we’ll see a nice and thrilling competition and prove the special appeal of the Audi race experience again this year.”

The Audi race experience at the 2012 Nürburgring 24 Hours