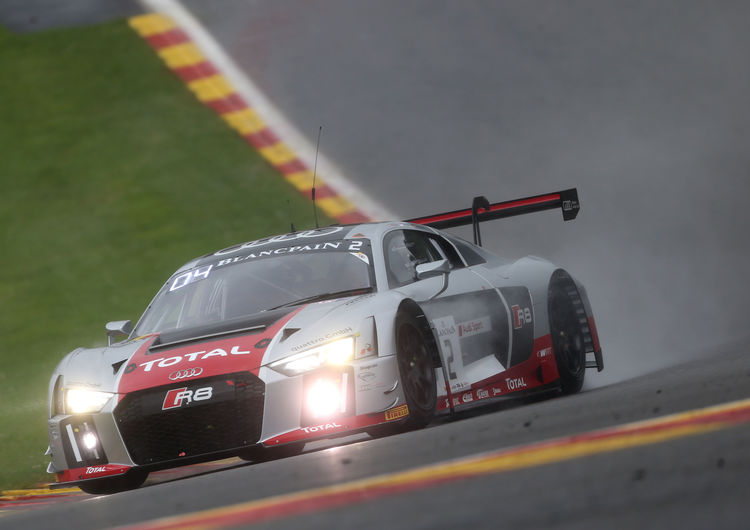 Positions two and three overall, plus a class victory: Audi Sport customer racing had plenty of reason to rejoice in the Spa 24 Hours. Only ten weeks following the first endurance race victory of the new Audi R8 LMS in the Nürburgring 24 Hours, the new design confirmed its performance capability. Audi Sport Team WRT had to admit defeat by one lap in its Belgian home round, trailed by Audi Sport Team Phoenix by another lap. As a result, Audi missed scoring its fourth overall victory at Spa after 2011, 2012 and 2014 by a very narrow margin. The teams of three marques were battling for victory up to the last hour of the race. In the manufacturers’ classification, Audi secured its second victory in succession.

“This is the next nice result for our new race car,” said Romolo Liebchen, Head of Audi Sport customer racing. “We know from personal experience how challenging the road from a new design to a reliable endurance race car is. That makes the fact that the new Audi R8 LMS has finished the two toughest 24-hour races in Europe with top results on the podium in the first five months following its introduction even sweeter. Congratulations to BMW on taking victory.”

In addition to the good overall results, Audi Sport customer racing was pleased about a class victory of Team Parker Racing. Stuart Parker’s customer team competed with the previous-generation Audi R8 LMS ultra in the Am class. Ian Loggie (GB), Callum Macleod (GB), Benny Simonsen (DK) and Julian Westwood (GB) maintained the lead in their class from the beginning of the race and won the classification for amateur drivers with a two-lap advantage.

In spite of many setbacks, two other new Audi R8 LMS cars ultimately took positions in the top five. Audi Sport Team Phoenix with Christian Mamerow (D), Christopher Mies (D) and Nicki Thiim (DK) achieved third place following a recovery. Their team-mates Marcel Fässler (CH), André Lotterer (D) and Mike Rockenfeller (D) finished in fifth place. Both driver squads had lost a lot of time in the turbulent early stage. Following heavy rain, Phoenix switched to slicks early with both race cars on a drying track, but the weather put a spoke in the wheel of Ernst Moser’s team. When the rain started again, the squad was forced to make another tire change, while unfavorable caution periods had an additional effect. In the final stage, stop-and-go penalties due to crossing the track boundaries resulted in a further loss of time. Last year’s winners René Rast (D), Laurens Vanthoor (B) and Markus Winkelhock (D) were absolutely competitive with good lap times. After a failed overtaking attempt, Vanthoor lost control of his car. The collision meant that Audi Sport Team WRT had to change parts of the suspension and bodywork. In the end, due to consequential damage within the driveline, car number ‘1’ dropped out of the top ten.

Upon the positive completion of the endurance race, Audi is ready for the next step. Following the successful trials in the test runs, the production of the new Audi R8 LMS for customers on four continents will be launched in September.