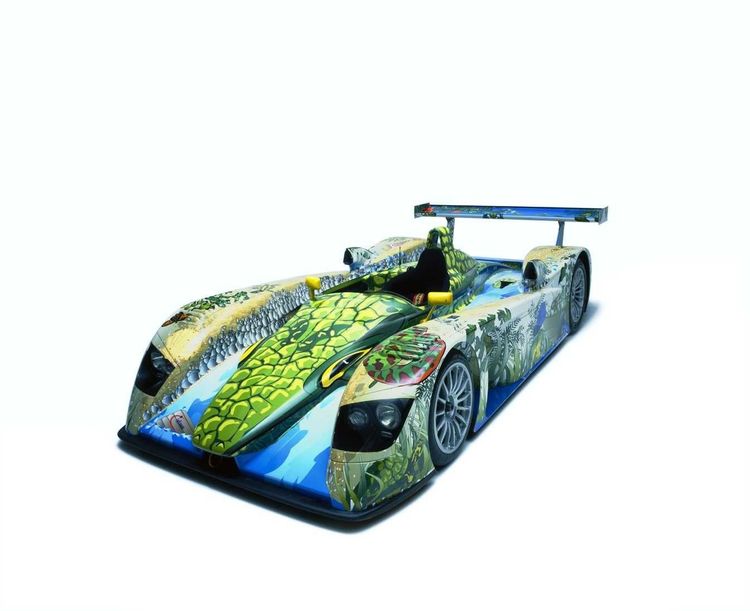 At the final of the American Le Mans Series (ALMS) in Adelaide, Australia, some motorsport fans may not believe their eyes: In the land of "Crocodile Dundee", Audi drivers Allan McNish and Rinaldo Capello will defend their lead in the overall classification at the wheel of an Audi R8 sporting a crocodile design. "Australia is a country with a strong growth potential and therefore an important market for Audi," explains Dr Wolfgang Ullrich, Head of Audi Sport. "This unusual crocodile costume is a greeting to our Australian hosts. The car is a real work of art." The idea was born in the AUDI AG design centre under the leadership of Audi designer Frank Lamberty, who converted the exterior of the R8 into a crocodile in the middle of its natural habit.

Although Audi has already won all titles in this year´s ALMS before the season final on December 31, the Team Audi Sport North America is taking the Audi R8’s first race on a city circuit very seriously. "Our aim is to win this race as well," declares team director Reinhold Joest. "It would be the crowning of a unique season."

Of the four Audi drivers, only Emanuele Pirro is familiar with the former Grand Prix circuit. The man from Rome describes the Adelaide track from his experience as a Formula One driver: "The circuit is really beautiful, but for the driver and the brakes it´s very taxing. There are many 90 degree corners which make traction and torque deciding factors. For this reason, Panoz should be strong there."

Allan McNish anticipates temperatures of over 40 degrees celsius in the shade. "I´m flying to Australia a little earlier so I can acclimatise myself to the Australian heat," explains the current leader of the American Le Mans Series. In contrast, Frank Biela prepares himself for the 1000 kilometre race in Adelaide in a totally different way: "I use a computer game to familiarise myself with the city circuit. It´s helped me already before, learning race tracks which I did not know."

In Adelaide only Rinaldo Capello has a theoretical chance to challenge team mate Allan McNish for the title. "But it‘s very unlikely, and apart from that Allan really deserves this title," concedes the Italian. "Crocodile Dindo", as he was christened by his team mates, shares the "crocodile cockpit" of the R8 with Allan McNish.